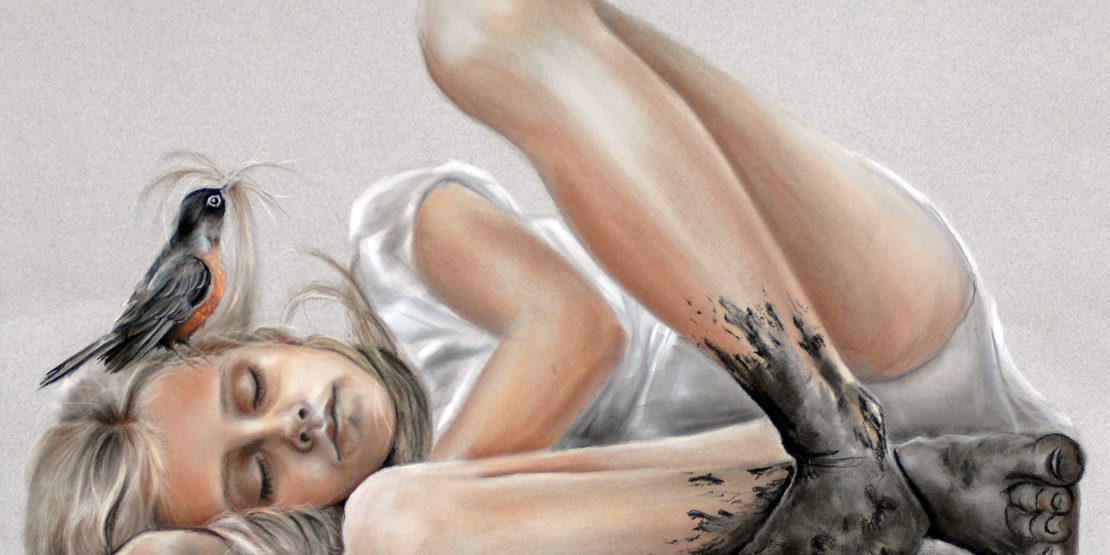 During her sophomore year at William Woods University, Megan Colbert won first place and $1,500 in a national contest for a portrait she did of her young niece. As a senior at WWU, she was named the Distinguished Scholar in Studio Art.

Now, 10 years after her graduation, Colbert, who has since married and become Megan Benham, will return to campus as the featured artist in the university’s third annual alumni show, opening April 16.

A reception for Benham is scheduled for 3-4:30 p.m. Saturday, April 25, in conjunction with Alumni Weekend. Her exhibit will run through May 15.

In the last decade, she has been commissioned for numerous portraits, designs and murals throughout Missouri and Arkansas. She enjoys working in a variety of mediums and techniques.

Benham grew up in Curryville, a small town in northeast Missouri, and came to William Woods in 2001, where she joined

After her graduation from William Woods, Benham spent a year training and working as a restoration artist for an art conservator in Jefferson City. There she restored old church statuary, ornate frames and oil paintings from the Governor’s Mansion.

She now lives outside of Mountain Home, Arkansas, with her husband, Justin, and daughter, Lucinda. When she moved to Arkansas, she took on portrait commissions, murals and various works for area hospitals. She now teaches art courses to grades 7-12.

Benham learned about the possibility of being featured in the alumni art show through her contact with her former art professor, Jane Mudd.

“I was very interested, but I knew it would be extremely challenging for me to prepare for a solo exhibit,” she said.

“But I also knew that the opportunity to show my work at William Woods for the alumni art show during my 10-year reunion should not be something I pass up. I let Jane Mudd know that I wanted to do it, and I dove into a mad frenzy of simultaneous art-making and motherhood. This show is the end result.”

Benham works in a variety of mediums. The show will include acrylic paintings, oil paintings, pastels and charcoal drawings, watercolors and mixed media pieces, including ceramics.

“I have tried to push myself to try new combinations of mediums and I have also started altering the surfaces of my works by incorporating torn paper, threads sewn through paper or canvas, and adding three-dimensional aspects to my two-dimensional works,” she said.

Growth, adaptation and vulnerability are large themes for the artwork she produces.

“While the majority of my subjects are young girls, my work is as much about being an adult as it is about being a child and how, at times, there seems to be no

difference between the two,” she said.

“I want viewers to come away feeling they have witnessed a story—one that originated as my own, but one they can recognize themselves in as well.”

The alumni show provides a great showcase for the artist, and a chance for alumni and others to see how the artist’s work has evolved.

“I am looking forward to getting the chance to show my current work that has not been exhibited until this point,” Benham said. “It will be the first time I see all of it finished and hanging in a gallery—as opposed to it laying on the floor or being propped up on my living room wall—so that will be a nice change.”

The Mildred Cox Gallery is open 9 a.m. to 6 p.m. Monday–Friday and 1 to 4 p.m. Saturday-Sunday when William Woods is in session. All exhibits are free and open to the public.