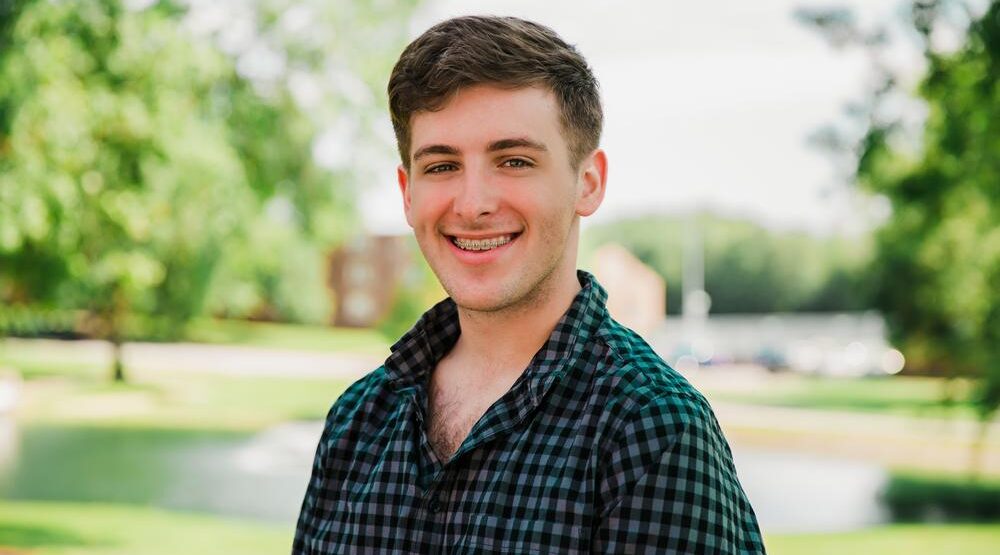 Ben Schmiemeier, a senior at William Woods University (WWU) and a resident of Wildwood, was honored with a prestigious service and leadership award from the University as part of its year-end Co-Curricular Awards. At the end of each academic year, WWU recognizes a select group of graduating seniors who have achieved excellence in academic, co-curricular and service projects during their time at the University.

Schmiemeier, who graduated this spring with a degree in Communications with a concentration in Public Relations and a minor in Business Administration, received the McNutt Award from the University.

The McNutt Award is presented to to the graduating senior whose consistency of purpose and selfless devotion to service were contributed without consideration of award and who best exemplifies the spirt and qualities of Amy Shelton McNutt, an alumna of William Woods University in whose honor the award was named.

Schmiemeier’s involvement, service and activities during his undergraduate years at William Woods University were numerous. His work experience included service in highly responsible leadership positions such as a head community advisor, where he was responsible for the wellbeing of 50-plus students living in campus residence halls, and as a WWU University Ambassador, where he led campus tours and engaged prospective students and their families about his own experience at William Woods. He also performed extensive community service projects through his involvement in Project 123 for two years, where he completed 123 hours of community service in and around Callaway County including helping at an art venue, setting up and cleaning up for community events, cleaning stalls at a therapeutic equine center and volunteering at animal shelters.  Ben was a participant on the University’s championship Collegiate DECA team (named Missouri DECA Chapter of the Year for five consecutive years) during his entire time at WWU, serving as an officer and earning second place in state competitions in the Business Ethics and Human Resource Management categories. He also served as a member on President’s Twenty; treasurer of the Pre-Vet Club; vice-president of membership for Omicron Delta Kappa Honor Society; member on the Student Financial and Student Bylaws committees; Orientation lead, Freshman Advantage mentor, and Connections mentor. He also received marketing experience through an internship with the WWU Strategic Communications Office, and took part in the Woods Around The World trip to Japan in 2019.