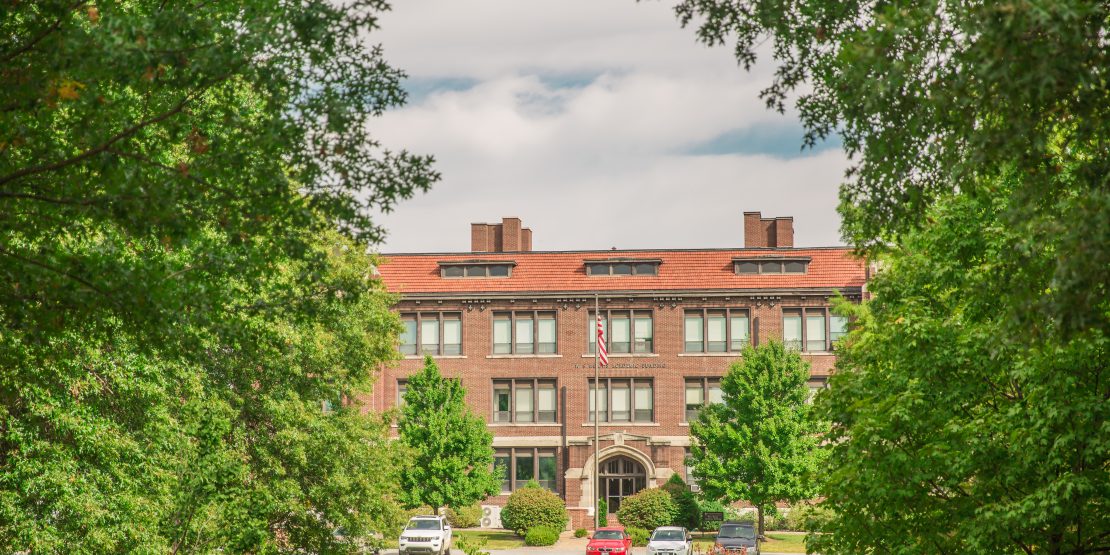 William Woods University (WWU) will have a new trustee when the university’s governing board meets later this week, while also announcing its first-ever Young Professional Trustees members. The Board will hold its annual fall meeting this Friday and Saturday, October 27 and 28, on the WWU campus in Fulton.

Joining the Board as a regular member is William C. Hook of Carmel, California and Santa Fe, New Mexico. An artist who focuses on the western American landscape, Hook has painted professionally for the past 35 years, receiving numerous awards for his work while having his artwork included in several permanent museum collections. A native of Kansas City, Hook has degrees from the University of New Mexico, Universita Per Straniere (Perugia, Italy) and the Art Center College of Design in Los Angeles. He delivered the WWU undergraduate commencement address in May 2016.

The initial Young Professional Trustees, who will attend their first WWU board meeting at the spring meeting next April, are as follows:

Angela Cooper earned her Bachelor of Science degree from WWU in 2004. A native of Red Bud, Illinois, Cooper has worked in the hospitality industry in Las Vegas for the past decade, holding positions at The Venetian, Caesar’s Entertainment and the Cosmopolitan, where she currently serves as Chief Concierge. Her activities at William Woods included serving as Co-Chair of President’s Twenty, membership in honorary societies Phi Beta Lambda and Lambda Pi Eta, National Dean’s List and Who’s Who Among Students in American Colleges and Universities, and Chi Omega sorority. Cooper was also a recipient of the President’s Award, presented to a graduating senior who made unusual and outstanding contributions to the university.

Kelly (Suntrup) Stumpe received her Bachelor of Science degree from William Woods in 2016. A native of St. Louis, she is a client advisor for BMW of West St. Louis. While at WWU, she was a member of the President’s Twenty, Campus Activities Board, Western Club, Project 123 and served as a University Ambassador. Suntrup was also a member of Alpha Chi Omega sorority, being selected over two hundred applicants to serve as Student Trustee to the Alpha Chi Omega Foundation, and currently serves as recruitment advisor for the Alpha Chi Omega chapter at WWU.

Carl Sweezer graduated from William Woods in 2003, completing his undergraduate degree in three years. Originally from Jefferson City, Sweezer is a commercial loan officer for Mid American Bank in Jefferson City. His activities at WWU included President’s Twenty, University Ambassadors, and being a founding member of Pi Kappa Alpha fraternity. He is married to Mindy Enno Sweezer, also a WWU graduate, and is the father of three children.

Lucas Watson received his undergraduate (2013) and graduate (2015) degrees from William Woods. Originally from Louisiana, Mo., Watson is an emergency medicine consultant with the Cerner Corporation in Kansas City. While at WWU, he served as Chair of the President’s Twenty and was involved in the Pi Kappa Alpha fraternity and Omicron Delta Kappa (national leadership honor society). Due to his academic success, Watson was a member of the Alpha Chi Honor Society and Beta Beta Beta Biological Honor Society. He also received the President’s Award, presented to a graduating senior who made unusual and outstanding contributions to the university.