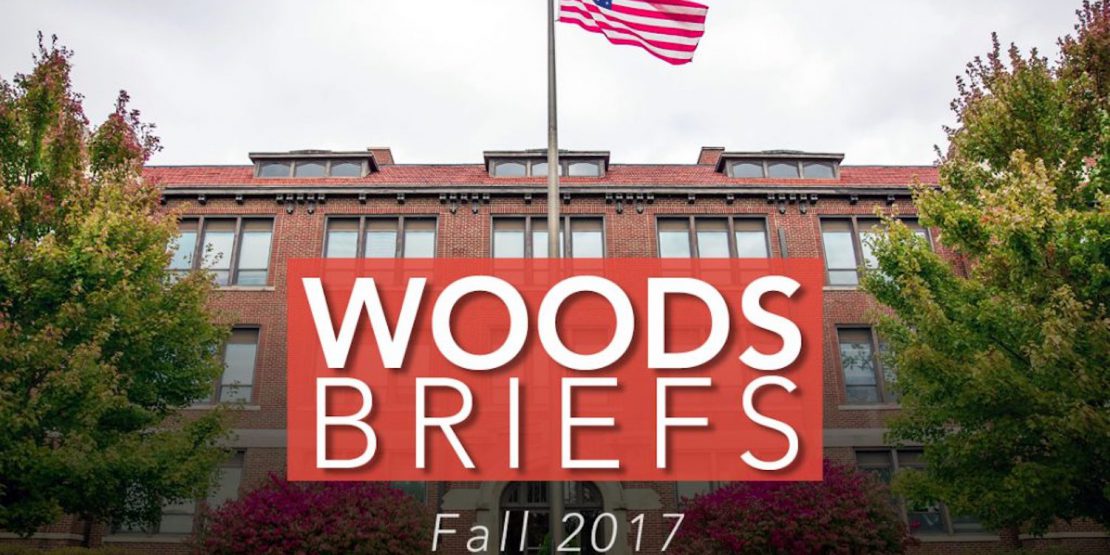 Terry Martin, professor of Visual Arts, had a painting juried into the MidAmerica Pastel Society exhibit in Kansas City.

On October 24, Dr. Timothy Hanrahan, assistant professor of Physical Education and chair of the Education, Human Performance and Humanities Division, participated in a panel discussion at the Missouri Association of Colleges for Teacher Education’s fall conference. He discussed using first-year teacher surveys as exit surveys.

Dr. Stephen Forsha, assistant professor of Business and chair of the Business, Law, Technology, and Languages Division, presented at the Midwest Academy of Management conference in Chicago on October 20–22. He shared his research on psychological coping strategies and their influence on ethical decision-making processes in an academic setting. The academy also selected Professor Forsha as an outstanding reviewer in the leadership and ethics track.

Denise Wilkinson ’95, MBA ’00 was promoted to Colonel in the Missouri Army National Guard. She joined the Guard in 1988 as a high school junior, has received numerous awards (including the Bronze Star Medal and the Meritorious Service Medal with three oak leaf clusters), and is currently the Director of Information Management for the Joint Forces Headquarters-Missouri in Jefferson City, Mo.

Kate Karcher-Clark ’88, founder of YOTTOY Productions, wrote an article for Business News Daily about how she created her NYC-based toy company. Read the article.

Suzanne Rissman Rosenthal ’01, a William Woods early childhood education alumna, has received several teaching awards recently. On October 12, she was honored with an Emerson Excellence in Teaching award, which pays tribute to educators — from kindergarten teachers to college professors — for their achievements and dedication to the field of education. On September 27, she was named by the Maplewood Richmond Heights School District (outside St. Louis) as the Early Childhood Center (ECC) Teacher of the Year and district-wide Teacher of the Year. Rosenthal is the daughter of Janet Knight Rissman ’75. Read more.

Michael Randol MBA ’95 was appointed the director of the Iowa Medicaid Enterprise, a $5 billion program. He has been the State Medicaid Director for the Kansas Department of Health and Environment, Veterans Services Manager for the Department of Commerce, and a member of the United States Air Force. Read more

Kerri (Ross) Roberts MBA ’11 was named vice president of sales and marketing at Funding Athletics, a Columbia-based company that works with high school athletics departments to generate revenue for their programs. Read more.

On October 27, Mardy Leathers MBA ’14, was named to lead the Division of Workforce Development at the Missouri Department of Economic Development. Read more.

Judy Asselmeier ’74, a high school teacher in North Carolina, was named teacher of the week on September 7 by a local news station. Read more

Do you have exciting news to share with the William Woods university community? Email your update to: socialmedia@williamwoods.edu

William Woods University18 hours ago
Enjoying this beautiful fall day with some yoga out on Brockman Hall Lawn.
20    View on Facebook

William Woods University23 hours ago
What's your major? Get an honest look at what you want to study...or find the perfect major for you at our exploration fair. Discovery Days are conveniently scheduled on weekends so you can take the time to ask, explore and compare. #visit #williamwoods #discoverydays