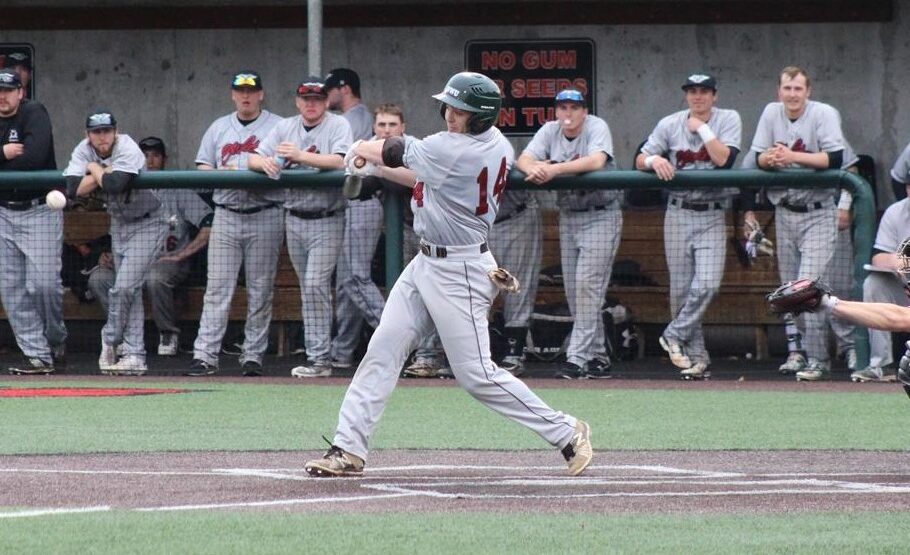 At WWU, students have the opportunity to increase their professional marketability by learning Spanish as a minor. One of the most prominent languages spoken in the world and especially in the Western Hemisphere, fluency in Spanish is one more opportunity that William Woods offers in its mission to create students of the world. Success after The Woods with a Spanish minor has helped create successful opportunities for alumni, including two that shared their experiences with Woods Today reporter Veronica Townsend.

A post on Facebook from the local health department about keeping up with the latest about COVID-19 led to Caitlin Cook’s new job as a bilingual disease investigator.

Her job with the Jackson County Health Department in Independence, Mo., requires her to speak to the Spanish speaking cases that she has and their contacts. Cook must take a class called “Spanish Medical Interpreter,” which is giving her all the medical vocabulary that she needs to know in order to be an interpreter in a hospital setting. She will take a test to be certified as a Spanish bilingual assistant, so she can speak directly to Spanish speaking patients.

“COVID-19 helped me get this job,” Cook said. “I looked at different positions in the field of biology. This job is about disease investigation and public health for COVID-19 because it is something being researched right now and public health officials are trying to understand and educate people about the virus.”

On her resume, Cook was able to include Spanish on there as a minor. Going through that minor allowed her to have work study jobs at WWU. She was a Spanish tutor and was also able to have another job tutoring Spanish online.

“Staying in the field of Spanish helped me to continue learning and also include it on my resume,” Cook said. “Just having the minor and the teaching opportunities with Spanish Professor Dr. Hannah Bolados, I was able to go abroad and become proficient in another language. She was integral in helping me create that opportunity, a great resume builder that prepared me for having a job like this.”

Being a tutor helped Cook because of how the students came at the Spanish classes as a beginner, which she found similar to the attitude that many people have when thinking about contacting Spanish-speaking people.

“The fear is there when you do not know what someone is saying.” Cook said. “With students who feel timid about pronunciation, they feel inadequate or silly when they try to speak or have a conversation. At my job, when people are having trouble using interpreters or talking to Spanish speaking clients, having dealt so much with students first learning the language, it helps me to relate to were my colleagues are emotionally or mentally. I am then able to meet them where they are at much better when they come to me for help.”

In the future, Cook aspires to be a traveling veterinarian or remain in the United States and explore the equine industry as a veterinarian. Having the Spanish minor helps provide her with the upper hand in directly speaking with the abundance of Spanish speakers, who are caring for the horses.

“I think learning a language is not only going to be essential for me, but for anyone who is going to be interacting with a wide range of people,” Cook said. “It helps you grow as a person with your awareness of other people’s diversity and helps stimulate your brain in many ways.”

Dillon is a sales representative who came from a human resources position in the manufacturing industry. Spanish was something Dillon was passionate about studying.

“I found I was good at Spanish and it gave me confidence to realize B’s and C’s weren’t the best I could do,” Dillon said. “When I found Spanish, I realized I could have a good grade point average and still do the things I wanted to do, like playing baseball.”

Playing baseball at William Woods was one of the reasons Dillon became interested in Spanish because he wanted to communicate directly with teammates from the Dominican Republic, Puerto Rico and Mexico.

“With teammates, their English may be fine, but having teammates who know how to speak Spanish makes them feel more welcome and a part of the team,” Dillon said. “Having someone who is not native to their country but can speak their language is what I have enjoyed over the years. It was a good bonding experience with my teammates and to develop a common ground.”

In the classroom, Dillon credits his Spanish professor Dr. Hannah Bolados as the best Spanish educator that he has had for class.  Bolados helped him before and after graduation. His favorite class with her was called Conversations, where he could speak Spanish and try new things. The class was right up his ally for getting used to the verbal side. In Conversations, the homework assignments were students recording and answering Bolados questions.

“She was there as a friend and mentor, as far as learning Spanish is concerned,” Dillion said. “I give her credit for being that person that can relate to me trying to learn to speak it fluently.”

Dillon recently changed positions from a human relations role. He got into the role because the demographic of employees that is frequently used and hired in food processing is pretty heavily Hispanic. After graduation, Dillon took a trip to Bolivia to refine his Spanish skill and wanted to continue to pursue it. When he got back to U.S. and began looking for jobs, he thought of a place in his hometown of St. Joseph, Mo. where they had heavy Spanish-speaking demographics and figured they would need kids with a college degree that spoke Spanish. So Dillon applied for a human relations job with the company, Gray Manufacturing.

“They interviewed me in Spanish, and it turned out to be one of the best things I ever did for my Spanish,” Dillon said. “The job entailed translating for people that needed help. The way I was able to get in the industry was a result of pursuing my passion for Spanish itself, which led me to that direction.”

He is now employed with selling semi-truck equipment for semi-truckers in the southern regions of Florida, Texas and Arizona, which in the United States, are known for having a heavy Spanish speaking demographic as well. His company is using him to appeal to a new customer base that otherwise they wouldn’t be able to because previously they didn’t have someone who speaks that language. But thanks to the William Woods Spanish minor, they do now.

Helping guide students through their Spanish minor journey at WWU is Bolados. She believes that a Spanish minor provides students with a more enriched view of the world around them as well as a competitive edge in most professions.

“Learning a foreign language is not for the feint of heart, yet Spanish students recognize that their hard work and dedication toward proficiency will benefit them in countless ways,”Bolados said. “Caitlin and Patrick are great examples of this. While at The Woods, both pursued every opportunity to grow their language and cultural competency in and outside of the classroom. It is no surprise to me that both have gone on to successfully serve their communities, nor that their Spanish minor has had a role in that.”

For more on the Spanish minor at William Woods, please visit https://www.williamwoods.edu/academics/undergraduate/programs_and_degrees/humanities/minor_spanish.html

William Woods University6 hours ago
After a year’s hiatus due to COVID-19, one of the University’s cherished historical traditions - Alumni Weekend – will return this spring!

William Woods announces virtual Alumni Weekend events | William Woods News
One of the most anticipated traditions at William Woods University (WWU) is set to make its comeback this April – with a nod to the health and safety of all participants. Following the cancellation in
news.williamwoods.edu
20    View on Facebook

Do you know someone who would be a great Graduate and Online Admissions Counselor?

William Woods University1 day ago
The 2020-2021 MainStage Season Series at The Woods will continue this week with the third of four stage productions for this current academic year.

William Woods University2 days ago
In honor of Black History Month, The Woods is profiling some of its newest African-American faculty and staff. Today we meet Angelette Prichett, Associate Dean of Academic Student Services and instructor of Social Work, who joined WWU last November.
https://news.williamwoods.edu/five-questions-with-angelette-prichett-associate-dean-of-academic-student-services-and-instructor-of-social-work/

Five Questions with Angelette Prichett- Associate Dean of Academic Student Services and Instructor of Social Work | William Woods News
To mark Black History Month, The Woods Today is spotlighting our newest African American faculty and staff, with each profile in their own words as told to Veronica Townsend. William Woods University
news.williamwoods.edu
75    View on Facebook

William Woods University5 days ago
Be sure to check out our behind-the-scenes video tour of the new WWU Center for Equine Medicine! The facility is AMAZING and we are so excited to share it with you via video (and hopefully, in person very soon!) Our heartfelt thanks to WWU student- Lauren Lanum, member of Student Alumni Council- Class of 2022, who volunteered to put this video together for our 2nd Annual Equestrian Alumni Weekend that kicked off last night!

It’s not too late to register and attend the virtual events happening tonight and this weekend! Contact Jeneva in the WWU alumni office at 573-592-4237 or email at Jeneva.Pace@WilliamWoods.edu for details.

virtual tour
This is "virtual tour" by William Woods University on Vimeo, the home for high quality videos and the people who love them.
vimeo.com
20    View on Facebook
×