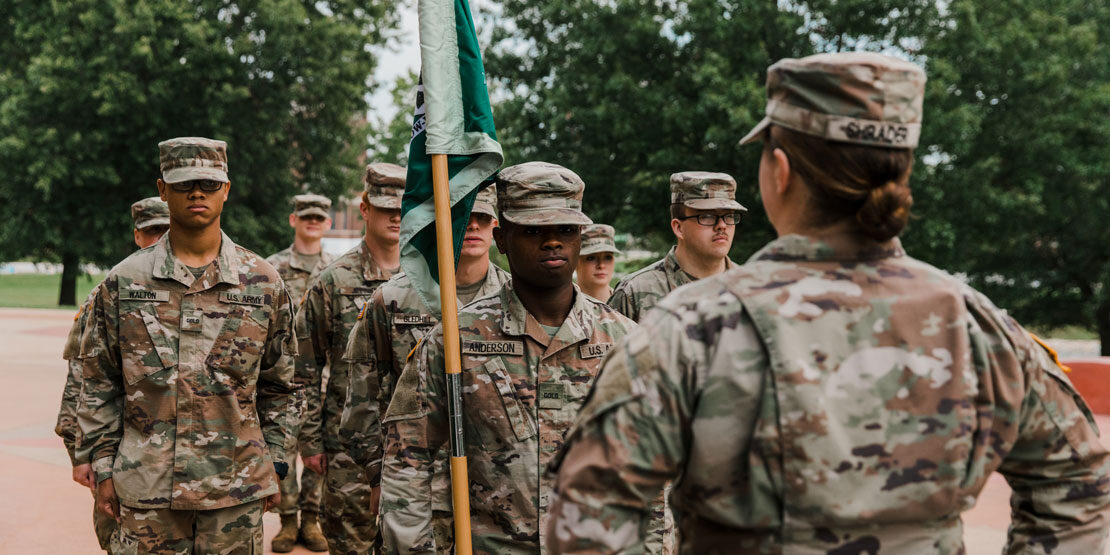 The Show-Me Guard Officer Leadership Development (GOLD) program at William Woods University (WWU) may only be in its third year of operation, but already, it is considered as the top performing GOLD program among the five Missouri colleges and universities that offer it.

“Show-Me GOLD is a prime example of the kind of high quality, professions-oriented academic programs we offer that help make a William Woods experience unique in higher education,” said Dr. Jeremy Moreland, President of William Woods University. “William Woods was the first private institution to offer Show-Me GOLD, and now our program is regarded as the top-performing in the state. We could not be more proud of the success WWU Show Me GOLD has achieved in such a short time.”

Long certified as an official Military Friendly University, WWU announced the establishment of the Show-Me GOLD program in 2018. Designed to train and prepare young men and women to serve as commissioned officers in the Missouri National Guard, GOLD first began being offered at William Woods during the Fall 2019 semester, the same year the University opened its on-campus headquarters for the program.

In addition, the University began offering the Triumph Program, a partnership between WWU and Missouri Military Academy in which MMA students are able to take college courses and earn college credit at William Woods while still high school students, in 2019.

And finally, the cost, support and career services, and flexibility – all hallmarks of the WWU experience – are among the most important factors in college decision-making for veterans, according to a U.S. News and World Report study. William Woods’ online and part-time study options, as well as the freedom to start and stop as needed, provide the flexibility students need to finish their degrees as their schedule allows.