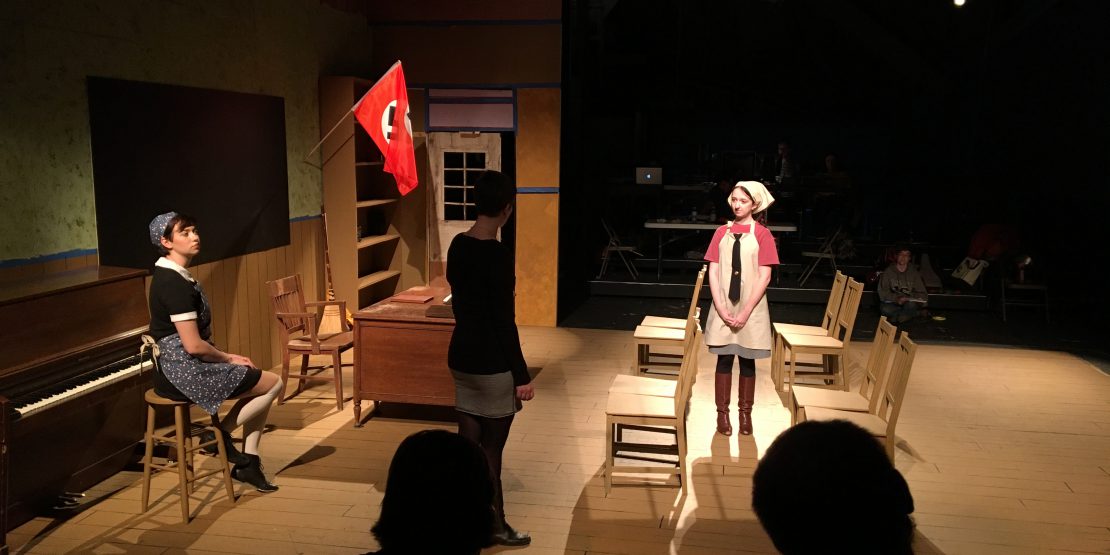 The 2017-2018 Mainstage Season Series at William Woods University (WWU) will take a dark turn this week with the production of “All Through The Night,” a stylistic, surrealistic play inspired by interviews with German Gentile women both during and after the Third Reich. The opening performance of the production will take place this Thursday, November 30, at Cutlip Auditorium in the McNutt Campus Center on the WWU campus.

“All Through The Night” tells a story that spans the lives of the women, from their teen years through adulthood, as they come of age during the Holocaust, World War II and beyond. The Nazi regime impacts the women’s lives as they struggle over work, religion, marriage and motherhood. Forced to make overwhelmingly difficult choices, they either survive or succumb to Hitler’s reign and are forever changed.

Written by Shirley Lauro, the production has played all over the United States and has also been featured in Israel. It is suitable for mature audiences only.

All Through The Night is the second of four stage productions being staged this academic year by the WWU Theatre Department. Still to come include Faith County (Feb. 22-24, 2018) and Peter and Wendy (April 19-21, 2018).

Performances for All Through The Night will take place on November 30 and December 1 and 2 at 7:30 p.m., with a matinee showing on Saturday, Dec. 2 at 2 p.m., all in Cutlip Auditorium. Please note that seating will be limited for these shows due to members of the audience being seated on stage.

William Woods University3 days ago
Happy First Day of Summer, Owls, from a campus that is resplendent in a brilliant William Woods green!
68    View on Facebook