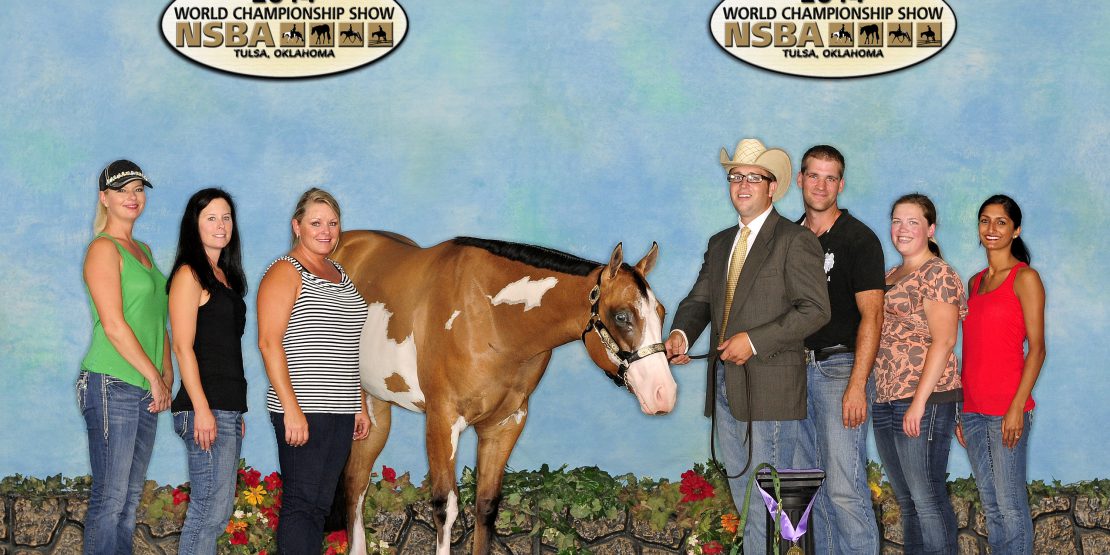 Judge for POAC and WSCA

I went to another college my first two years and completed my junior and senior year at William Woods. That transition was interesting for me because I had previously been at a community college so I did not really have a campus experience before this. I also had a full-ride scholarship opportunity to go to another university but then met Jimmy Clay at a horse show in Minneapolis and two weeks later I was going to William Woods in Missouri.

It was different for me because I was only there a short time, but I think anyone who knows me would say that they did not know I was not there for the full four years. I fell in love with everyone there and the whole experience.

It was Jennie Petterson’s, Professor of Equestrian Studies, first year when I came to William Woods and it was also the year that the judging team was started. We had a lot of fun going to shows to judge, but I also of course got to show and won grand champion at Morgan Grand Nationals. Judging with Jennie and the group really set me up to be a judge later in life and I attribute how much I do judge today to that experience.

Something I really took home from my experience at William Woods is the importance of networking and connections. I do not know where I would be without everyone I can bounce ideas off of. I helped judge a show at William Woods last semester with Alex Gravett ’07. Alex’s mom and I are from the same home town area and her mom’s horse is actually in training with me. I was able to help Alex with a horse and my connections can always help me as well. The issue they were trying to fix with their horse was something I had just dealt with a few months ago so I was able to give my advice as to what I did.

I grew up here in Minnesota just outside of the Twin Cities and actually did not plan on coming back. After William Woods I went and worked for a trainer in Ohio and then Michigan. After that, I ended up moving home without a big plan and met some great people to get started here. They had just bought a barn and needed a trainer, so I have been here for ten years now and it is great. I started training at the barn in 2010 and now the barn in under my ownership.

From assistant to owner

At my first job I was an assistant at a pleasure horse barn. I started in breeding and stallion management and quickly became the go-to assistant at the stable. I’d start my morning going over to the breeding barn and taking care of the babies and collecting for any stallions we needed to that day. Then I would get to ride and train in the afternoon. If I was lucky I would get to go to shows, but often times they would need someone to stay home and run the stable. I worked really hard while I was there and lost weight from the hard work. It is how the industry is though, and I was lucky that it was a good time and good experience.

Now my position is always changing and always evolving. It started as training whenever I could. Now I judge, breed horses, and stand a few studs. My day-to-day has evolved a lot from when I first started here ten years ago. I used to ride four or five horses then give a few lessons and that was it. Now I have a full staff which allows me to travel to more shows.

Inside the show ring

My favorite part of the job is being in the show ring. Being at home, riding horses and raising the babies is great. But being in the show ring is what makes my heart tick. It’s like the same feeling of being on a roller coaster. Even though I ride pleasure horses, so there’s not anything crazy going on, it’s so exciting to show off the hard work.

Judging is also something that I absolutely love. There’s a lot that goes into it. I get a lot of positive feedback that I am professional, positive and run a fast show. It’s another way to have a secure income in the horse industry. It’s a different view from the center of the ring than the rail.

My biggest advice that I give anyone wanting to get into the industry is to communicate. You need to communicate early on with trainers, judges, or breeders because that is who is going to hire you. I have interns every summer and have to tell them that they will not be a top trainer right out of college, they need to work under someone else first. They need to learn how to run a business, not just how to train.

The job also entails making sure feed and shaving deliveries come on time and that you are billing appropriately. You need to manage your staff’s schedule and so much else. If you do work hard for someone else first though, you can be successful in this industry.