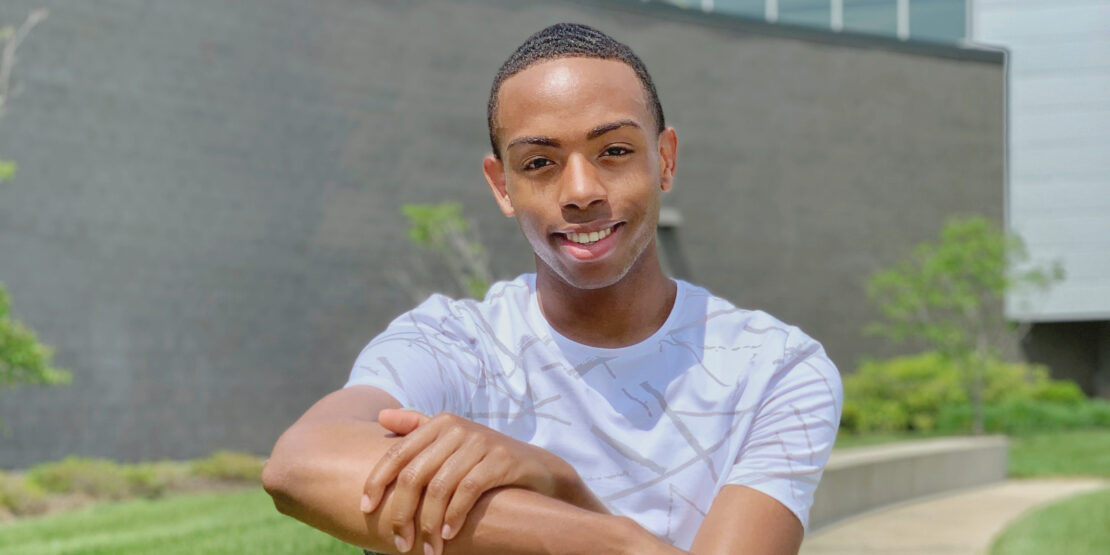 William Woods University (WWU) today announced the first recipient of its new Diversity and Inclusion Scholarship. Rhondell Tipton, an incoming freshman and graduate of Battle High School in Columbia, has been awarded the scholarship beginning with the Fall 2021 semester, which begins Monday, August 23.

The new scholarship, the first of its kind at WWU, was established earlier this year and is being funded by Theresa Vonderschmitt, a highly successful businesswoman, long-time University benefactor, and member of the William Woods Board of Trustees since 2004. It is designed to enhance the recruitment and retention of academically talented undergraduate students from ethnic groups typically under-represented in higher education degree programs.

A multi-talented student-athlete who aspires to be a surgeon, Tipton plans to major in Biology at William Woods, minor in Spanish and compete on the WWU Track and Field team. His outstanding high school career included membership in the National Honor Society; President and member of the school’s Minority Achievement Committee; member of the Battle Track and Field team (four years); member of the Competitive Marching Band (four years), including three as Drum Major; member of Competitive Show Choir, including one year as Dance Captain; Homecoming and Prom King; Student Council member; Link Crew Ambassador; Youth Kindness Ambassador; and member of the Battle Corps Volunteer Group.

In addition to his school accomplishments and activities, Tipton also found time to become certified as a Certified Nurse Assistant.

“Being excited is an understatement,” said Tipton. “This opportunity means so much to me and my family!”

“Rhondell has demonstrated outstanding commitment to his education through his excellent academic performance and accomplishments at Battle High School,” said Dr. Elizabeth Wilson, Chair of the WWU Diversity and Inclusion Committee. “Our committee was also highly impressed with his commitment and dedication to equity and inclusion as illustrated by Battle High School awarding him the ‘Phenomenal Student and Role Model’ award during the school’s first-ever Black History Month. We are pleased to offer Rhondell our first-ever Diversity and Inclusion Scholarship and look forward to his involvement on our campus at William Woods.”