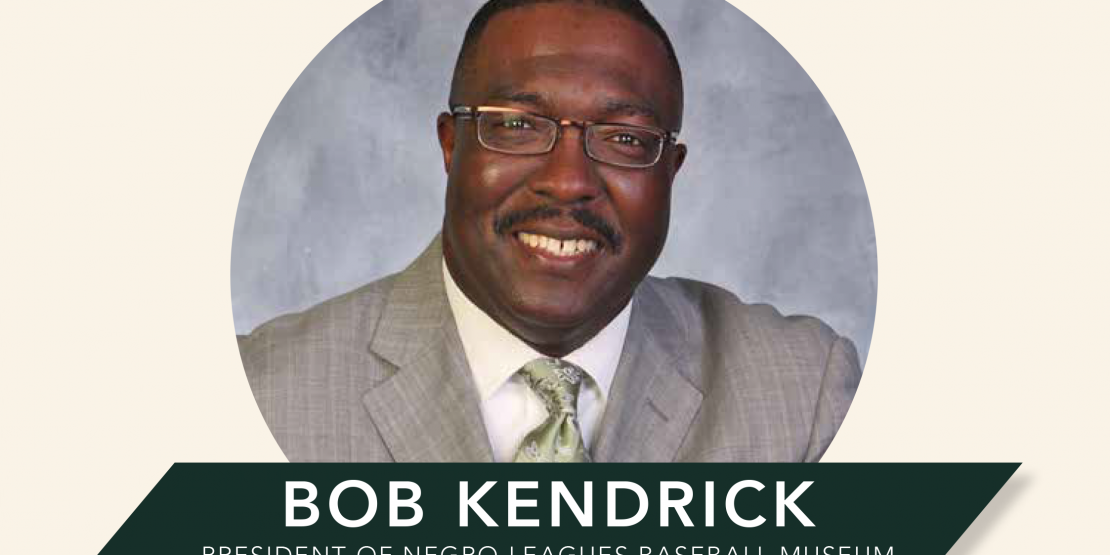 Mr. Kendrick, who has served as president of the Kansas City-based museum for nine years, will appear at 6:30 p.m. on Monday, February 24, at Cutlip Auditorium on the WWU campus. Part of the 2019-2020 William Woods President’s Concert and Lecture Series, the event is free and open to the public.

Considered one of the leading authorities on Negro Leagues Baseball, which existed during the period of segregated major league baseball in the U.S. from the late 1800’s until the late 1940’s, Kendrick will discuss the connection of the Negro Leagues to issues relating to sports, race and diversity.

As NBLM president, he is responsible for the museum’s day-to-day operations and development and implementation of strategies to advance its mission. Since becoming president in 2011, Kendrick has helped orchestrate a more than $10 million turnaround to help the museum regain its vitality and financial stability. He began his association with the NBLM as a volunteer during his 10-year career with the Kansas City Star, and later served as the museum’s director of marketing and served as secretary/treasurer on the board of directors.

William Woods University18 hours ago
Hey Owls, did you know October is Breast Cancer Awareness Month? In support of the ongoing struggle, WWU is inviting everyone in the campus community to wear pink on Monday, October 3, and enjoy some delicious Honey Ice Cream from Giofre Apiaries, free of charge, at lunch and dinner at Tucker Dining Hall!