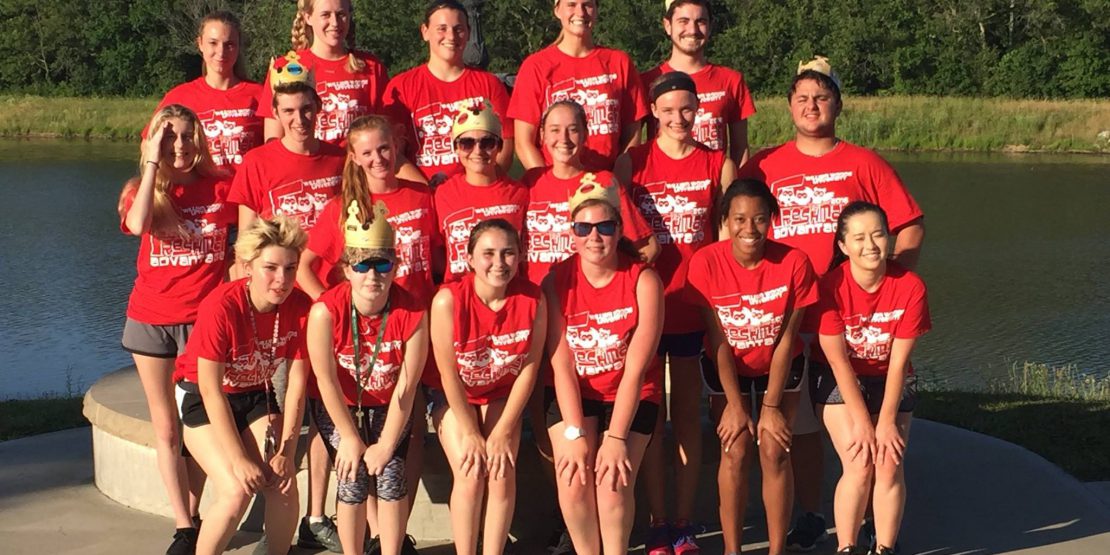 When I arrived on campus this past summer for Freshman Advantage, I drove past the sign-in building multiple times before deciding to go in. It was my introduction to college and I was so nervous!

Freshman Advantage (FA) is a three-week program in June at William Woods University that helps students transition to college life. You live on campus, meet other incoming freshmen and current students, take classes, eat in the dining hall, enjoy activities, and much more.

I absolutely loved it! Since I went to FA, I have a lot of great friends that I may have never known if I didn’t attend ­­— I even met my future roommate.

Why Did I Go to Freshman Advantage? 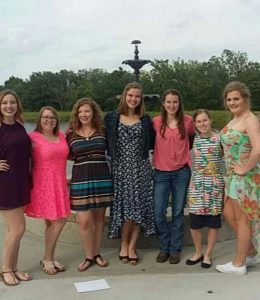 I wanted to get away for the summer and get ahead on all my college classes to come. I live in the small town of Unionville, Missouri (population 1,875) and there isn’t much to do there. So I wanted to try something new.

I was eager to start college. I began taking college classes the summer after my sophomore year in high school. Now I was ready to set out on my next journey away from home.

I also knew it would also be hard for me to make friends in college because I tend to be quiet and reserved until you get to know me — then I talk all the time. My sister and I went to different colleges, and her school doesn’t offer this type of program; she said it has been hard to make friends as a result. But because I participated in FA, I met a lot of people before move-in day. This program gave me a head start.

Freshman Advantage is centered around taking classes. During the program, I had the opportunity to take three classes and earn seven credit hours that fulfill general education requirements. You take each class every day during the week. Two of the classes are two hours long and you choose them out of the list provided. I signed up for Basic Mathematics and Topics in Biology.

I particularly enjoyed the Biology class, taught by Professor Kimberly Keller. She is one funny teacher and she made the class laugh a lot. We learned about past diseases, such as the plague, and more modern diseases that can harm us. There was also a class mascot: a bird who stood at the window and watched our class the entire time. We named him Bert!

In addition, you also take a class called Connections. This is a crash course in being a college student, with advice about studying, communicating with faculty, adjusting to college life, and learning about William Woods and Fulton. You get a mentor who is a current student to help you through the class. Travis Tamerius, the university chaplain, led my Connections class; he taught us a lot in a short time and the best part was he gave us cookies. If you don’t participate in FA, you have to take Connections your first semester. Getting Connections out of the way made my fall semester much easier.

During the week, I would be in classes from about 8 a.m. to 3 p.m., with a break for lunch, then do homework and study later in the afternoon. It won’t be easy — at least not at first. The schedules were tight: we had 15 days to learn a semester’s worth of work and take both midterms and finals. But it was worth it. Work hard, do your homework, and study. My advice: form a study group. I did that with some of my friends and it helped us to be better prepared.

To me, the fast pace seemed like a breeze. Now my normal classes seem almost slow. If I had a choice to learn a semester’s worth of work in three weeks again, I think I might do it.

What Are Freshman Advantage Activities? 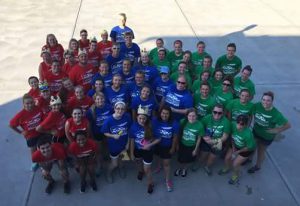 At night and on the weekends, we got to have lots of fun. We’d do smaller activities at night, with bigger ones on Saturdays and Sundays. At the beginning of FA, we formed three separate teams (green, red, and blue) and competed against each other during the program for points.

We enjoyed an ice cream social, had a movie night, played costume dodgeball, and even did an ultimate race around campus. One weekend, we went to Six Flags to go on rides, while another we went to Ha Ha Tonka State Park to enjoy nature and walking trails, another we went for pizza and a movie in Columbia.

During our downtime, my friends and I would head to the Brick District (downtown Fulton) and go shopping or head to Lulu’s for frozen yogurt. The best part was just hanging out, talking, and laughing. 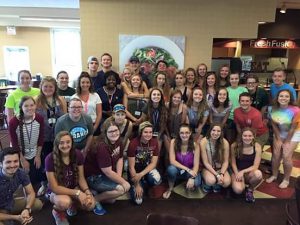 I liked Freshman Advantage, I really did. I would do it again if I could.

Getting ahead on courses was a big plus! I’m now considered a sophomore at William Woods, which helps when it comes to signing up for residential halls and registering for classes.

I also met a lot of people during FA, and I’m still friendly with most of them. Some of those people even became close friends here at college.

It helped me come out of my bubble of shyness and express myself. Afterwards, I wasn’t nervous about coming to college and leaving my family. It makes the transition so much easier. My WWU experience was given a new perspective after attending FA. I knew I wouldn’t be going at this alone. Other people would be joining me on this new adventure and I would be fine in the end.