At the start of 2017, the presidency continues to be the most important topic gripping the United States and its people. The question of presidential character has been central to this discussion. In times of national uncertainty, it is more important than ever to remember and evaluate the heritage of this office in order to provide historical perspective. With that in mind, the History Department of William Woods University is pleased to offer a three-part lecture series, Hail to the Chief: The Presidency and American Character.

Beginning on Inauguration Day and leading into Presidents’ Day, these three lectures are designed to investigate the historical relationship between the American President and the American character. Featuring iconic presidents from the past three centuries, this speaker series gives a snapshot into diverse personalities, leadership styles and influences that have shaped the United States.

“A knowledge of history is necessary to properly engage in a democracy,” shares organizer Dr. Craig Bruce Smith, assistant professor of history and director of the history and history education programs at William Woods. “If you want to understand the presidency today, you need to understand what it has been in the past. Each of the figures highlighted in this series has faced national turmoil and left an indelible legacy on the office of the presidency.”

The events in this lecture series include: 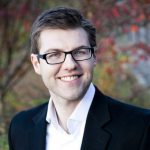 Drawn from his forthcoming book, Rightly to Be Great: Honor, Virtue, Ethics, and the American Revolution, Craig Bruce Smith, assistant professor of history at William Woods, shares how Washington’s ethics changed during the chaos of the American Revolution and how his values influenced the founding of a new nation. 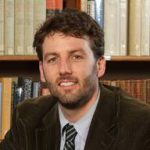 Jay Sexton is the inaugural Kinder Institute Chair in Constitutional Democracy and professor of history at the University of Missouri. His talk is based on his co-edited book, The Global Lincoln, and examines Abraham Lincoln as a figure not only for Americans, but for the world. 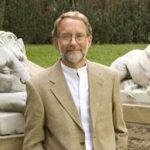 Monday, February 13 at noon; Steven Watts, University of Missouri, “JFK and the Masculine Mystique: The Case of James Bond”

What is the relationship between John F. Kennedy, manhood, and James Bond? Fresh from the pages of his recently released book, JFK and the Masculine Mystique: Sex and Power on the New Frontier, University of Missouri history professor Steven Watts will investigate these crucial connections.

All three lectures are free and open to the public. They will take place in the Library Auditorium on the William Woods campus, and refreshments will be served.