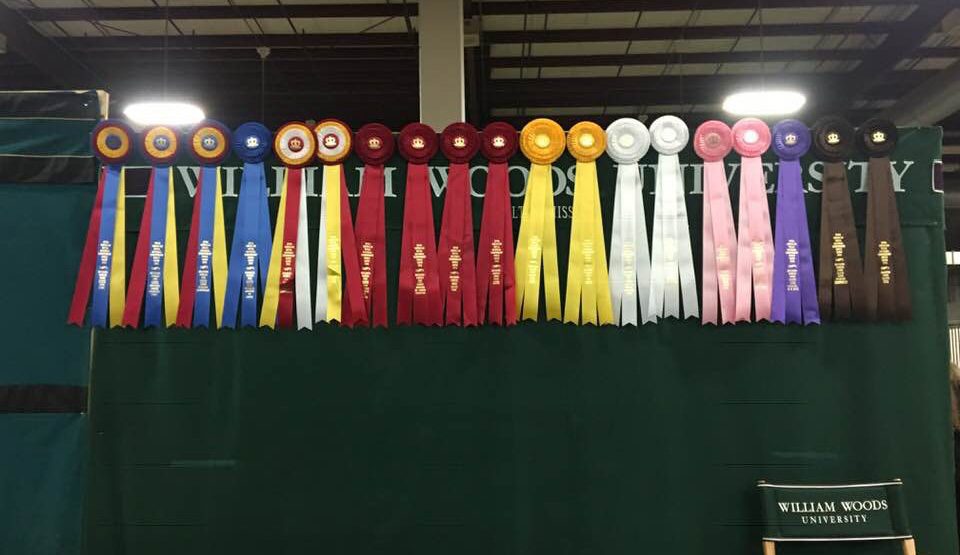 The American Royal is one of the nation’s most historic horse shows, an event that has been going on since the early 1900s in Kansas City. It is the United Professional Horsemen’s Association (UPHA) National Championship for Saddlebreds, hackney horses and Standardbreds, with professionals from all over the nation coming to compete in Saddle Seat riding. 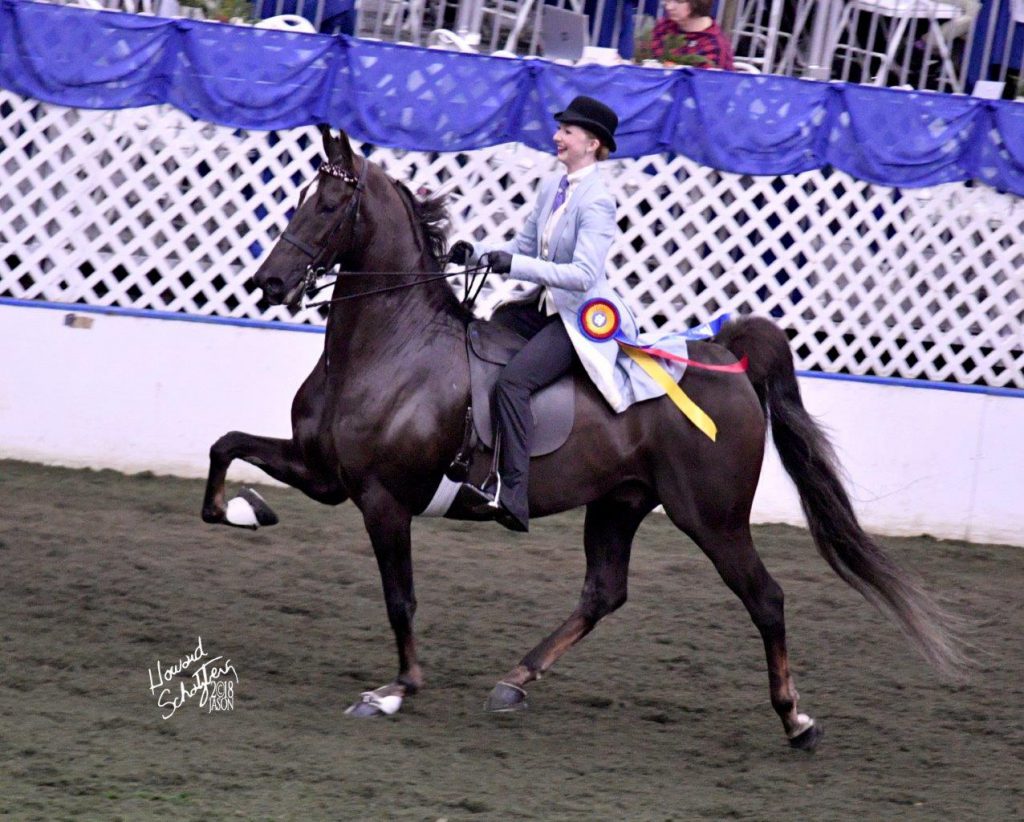 For William Woods University Saddle Seat students, the Royal is their big show and many of them will attend as a junior or senior and show off the training they have cultivated through their years at WWU. Students compete in the Missouri/Kansas classes, which are exclusive to horses owned in Missouri or Kansas and have shown during the season at least twice in the area.

“The students started getting ready for the American Royal since school started in August,” said Sarah Track, Assistant Professor of Equestrian Studies. “There were ten of our students that wanted to go. I also have a list of horses that are competitive enough to go to the American Royal, and I have my own process of matching them up with the student I think they’ll do best with,” she said.

To qualify for the Royal, students have to compete at two horse shows and compete in four classes. Some of the horses will have already qualified in one show in the Spring, but Track requires all of her students to go to at least one practice show in the fall before competing on the big stage at the American Royal.

“There’s a lot of work that goes into it behind-the-scenes,” said Abigail Peterson ’19 of preparing the horses for the American Royal. “We get our horses at the beginning of the semester and worked with them every single day, all semester long, until it was time to leave on November 3rd. Then we got there and worked the horses there too. It entails not just riding, but clipping and keeping the horses physically fit, staying fit yourself and just maintaining the daily upkeep of the horses.”

William Woods chooses to show at regional or nationally-ranked shows year round, rather than competing at inter-collegiate shows, which has great advantages for EQS students.

“Showing at the American Royal gives students the opportunity to show off in front of real professionals,” Track said. “A lot of my students have worked in the industry and then their bosses are at the show and get to watch them ride. And that is what it’s all about – interacting with the industry and laying the foundation for them to be able to get a job and maintain a job in the industry.”

The days of horse shows are long and filled with work for students and professors alike. It involves early mornings and late nights, with breaks in between consisting of keeping up on classwork for when students return to class. The team left on a Saturday and came back the following Saturday, so it’s a long, but a fun and challenging week. 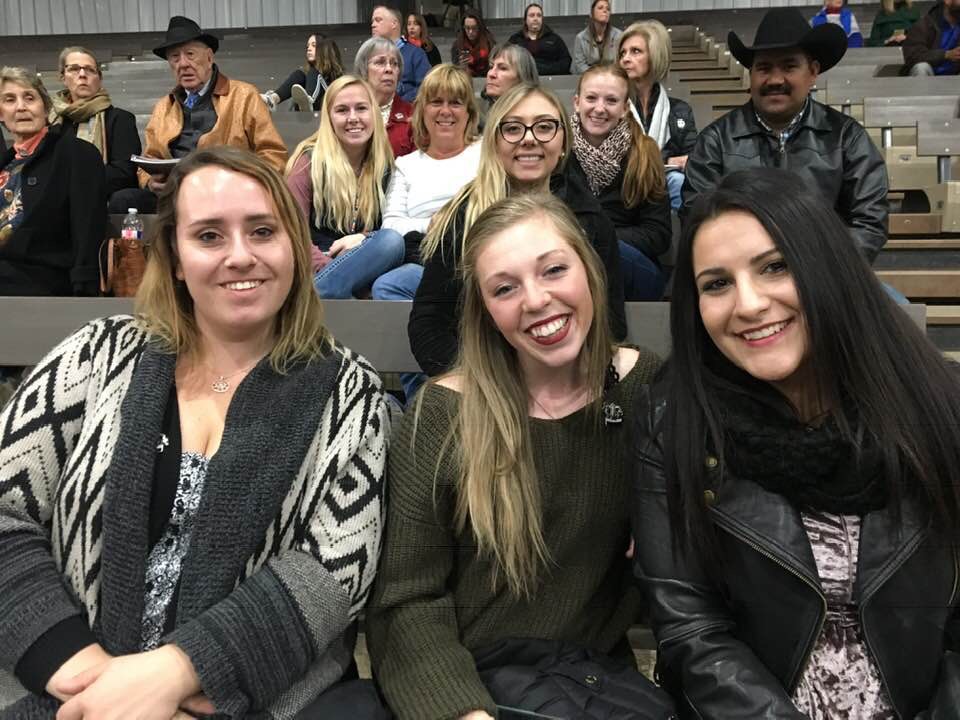 “We arrive to the show in the morning and would feed around 7:30 a.m. and then would work our horses in the morning as well. If we were showing in the morning’s class we would prepare them for the show, and it’s kind of a hurry up and wait type of situation. Then we get a break to go get lunch and work on homework for a bit before we come back at 4:30 p.m. and get ready for the evening class and do the same thing. Then at the end of the night we make sure the horses are all fed and watered. When we have free time we can watch the show or talk to the people we know there,” said Bailey Skinner ’19, of the day-to-day activities of the show.

Track loves coaching students for shows of this level. She often times finds herself in the way by the time they get to the show because she has taught her students to be self-sufficient and to be prepared for everything that is going to happen at the show. She is proud to watch her students grow, including one that demonstrated remarkable progress from the beginning of this year’s American Royal experience to the end. 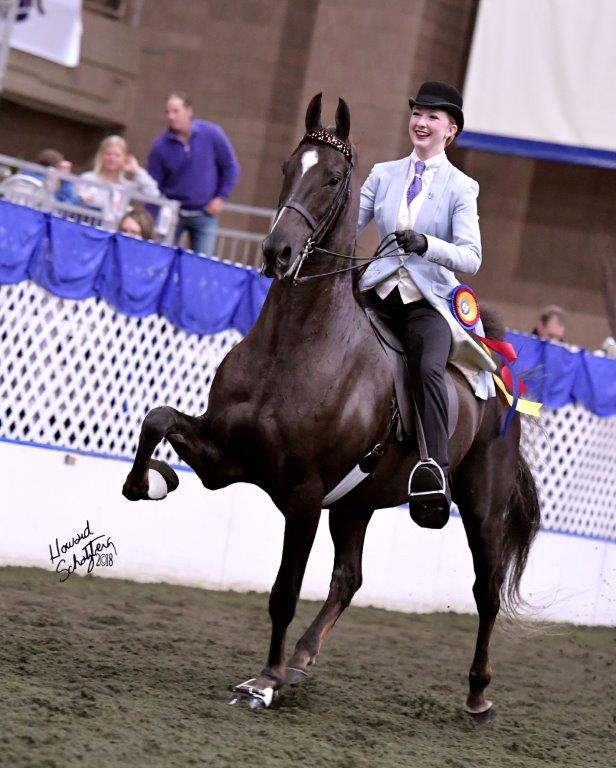 “My biggest learning experience at this show, was that at my first practice show in St. Louis with my horse ‘Material Kiss’ we were excused from the class due to my riding and the horse froze up on me and stopped breathing,” said Taylor Woods ’19.  “I had to turn around from that experience and figure out how to ride him in a better way and learn how to adapt to the horse rather than make the horse adapt to how I ride,” she said.

“It was just an example of how you can’t have success without failure,” said Track of watching Woods’ progressions. “Because of her initial mistake with her horse, we had her go to a second practice show in Sedalia where she excelled and won both of her classes.”

Woods then went on to the Royal and won both of her classes there, earning her a championship in the ASB 5 Gaited Show Pleasure MO/KS Stake.

Woods said her biggest accomplishment was the improvement she made with her horse from the beginning of the process, to winning her American Royal classes. How do you prepare a student for something like that?

“It’s really just a lot of planning,” said Track.  “Planning what shows they’re going to compete at as practice shows, planning what bridle works best for the horse, riding twice a week with me.”

And of course, for every rider, there are going to be challenges of going to a show of that size no matter how prepared you are.

“Probably my biggest challenge was the mental block after making a mistake and moving on and continuing the next day. Other than that I just really enjoyed being at the horse show and Sarah does a really great job of preparing us,” Peterson said. 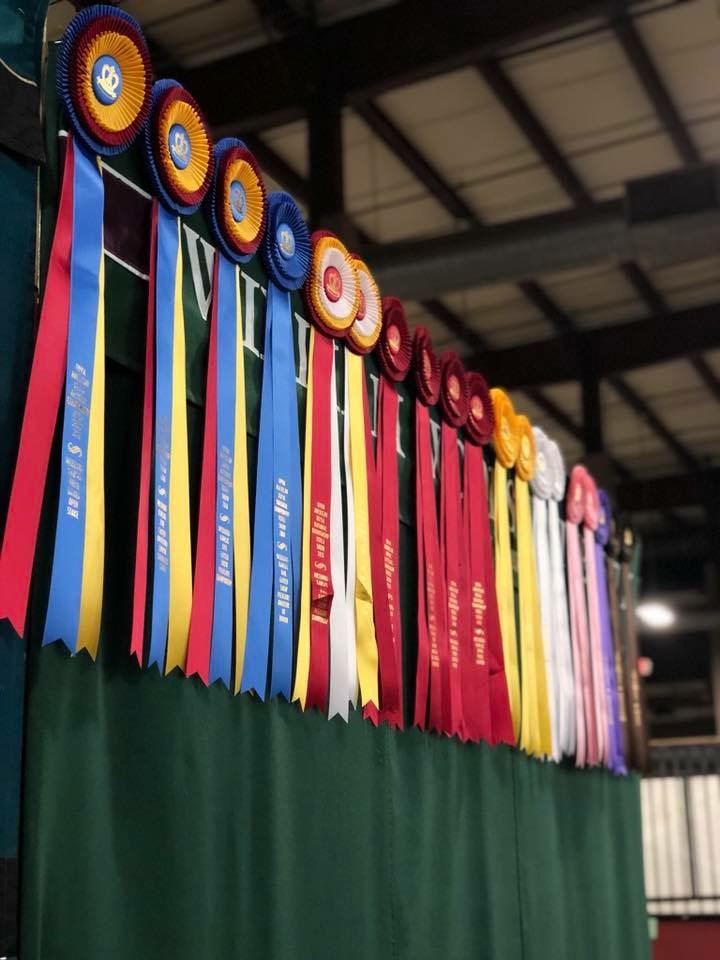 The challenges are always worth it in the students’ minds though, after successfully competing at a nationally-ranked show and coming out of it with ribbons to show.

“I would not have been able to have these opportunities without William Woods,” said Skinner, who won her championship class at the American Royal the previous year and managed to bring home ribbons this year as well. “It really made a lot of my dreams come true, I’m very thankful for the equestrian program and Sarah Track.”

William Woods University3 days ago
Happy First Day of Summer, Owls, from a campus that is resplendent in a brilliant William Woods green!
67    View on Facebook