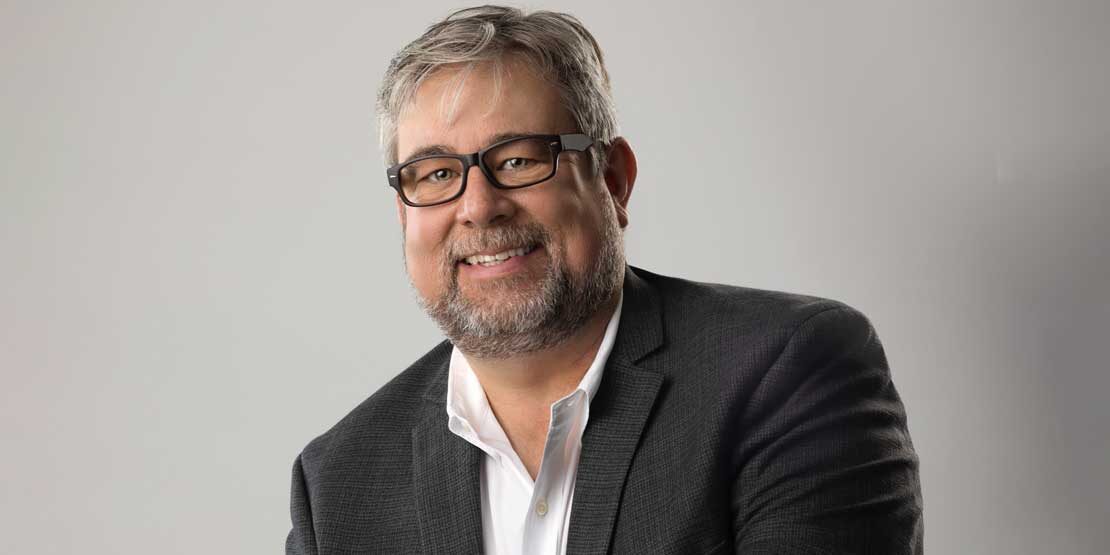 One of former President Ronald Reagan’s favorite quips was “’I’m from the government, I’m here to help’ – I can’t think of eight scarier words in the English language!”

Good for a laugh on the stump back in the day perhaps, but also expressing a deeper meaning; the not insignificant number of citizens who always seem to be cynical, critical or worse about what our government does or how it operates, whether its local, state or federal.

Consider Bill Bott, then, as an idealist – and a cynic – when it comes to government services and workers.

“One can look at government and conclude that the work is noble, the people are amazing, and the systems are a mess,” said Bott, who received his Masters of Business Administration from William Woods in 2008. “I can both agree with every cynic, and have tremendous hope that we can get better. In fact, as an investor (by paying my taxes), I want a higher return on my investment, and that’s why I do what I do.”

What he has been doing now for the past 14 years is trying to make government function better in his capacity as a Consulting Partner for the Change and Innovation Agency, a consulting firm based in Jefferson City, Missouri that specializes in helping government agencies improve performance and service. And while he strives every day to help government perform better, his own performance was recognized recently when he was presented with a 2022 Government Thought Leader of the Year award by the American Business Awards.

An honor he puts into perspective.

“Last year my sister and I had to clean out the family home when my mom passed from cancer,” he recalled. “You realize in those moments that life boils down to three boxes – Keep it, Donate it, or Trash it. This award will be in the trash when I die, but what will live on is the change our company creates and the good we do while we are here. I am humbled and honored to recognized, but there is work to do, and I need to use this key to open more doors to help more amazing people do more noble work.”

An Air Force brat who lived in 12 states by the time he graduated from high school, Bott graduated from Slippery Rock University in Pennsylvania in 1993 and promptly tagged along to support his wife’s career as the couple moved to California and then later to Missouri. Along the way he took some courses in what was called “Total Quality Management,” which was a fancy name for making government work more like a business.

“I was ‘voluntold’ to attend these courses and absolutely fell in love with the material,” he says, “but every project was life trying to cram a square peg into a round hole.”

Moving to the state capital of Missouri in Jefferson City, Bott worked for the state government of Missouri for a decade, and ended up partnering up with a colleague named Ken Miller under a Governor’s initiative to improve the performance of various state agencies. When Miller (and a fellow William Woods MBA alum named Blake Shaw) left state government to start a company committed to helping government agencies improve services and performance, they eventually asked Bott to join them full time.

Bill Bott had found his calling.

“I fix things,” Bott says, referencing the famous Mr. Wolf character from the movie Pulp Fiction. “When states have large problems, such as unbelievably high child welfare caseloads, I go in and work shoulder to shoulder with them to uncover the root causes and come up with innovative solutions to run more effectively. Part of our team does sales, some implement solutions, we even have a team of IT developers. I float between all of them and make sure the peg still fits and the solutions are right.”

While chasing his passion, Bott found the MBA program at William Woods to be the perfect fit. He chose The Woods first for its reputation (“I had good friends who I respect that had gone through the program and spoke highly of it”), program structure (“classes were offered in Jefferson City where I was working at the time and offered at night, and the accelerated program allowed me to balance coursework, two young kids and my career”) and value (“the price was right since William Woods was eligible for reimbursement from the state, I received my MBA at a very fair, competitive cost”).

Bott finds that having those William Woods MBA initials by his name lends instant credibility to himself and the content he covers. And he still benefits from his time at The Woods in other ways.

“I have also built a great network through my (WWU) cohort,” he says. “Ten plus years later, we still get together for lunch on occasion and I have worked with some of them over the years.”

As a consulting partner for the Change and Innovation Agency since 2008, Bott travels the nation consulting government agencies on how they can tackle problems and operate better. He acknowledges the challenges he faces in trying to make government agencies more efficient, as well as the cynicism much of the public feels about its role.

“At its core, what is government trying to do?” he asks. “The answers are quite noble – keep us safe, keep us healthy, keep the environment clean, educate our kids, build infrastructure so we can be prosperous, the list goes on. So it’s not the purpose of government that people are frustrated with.”

He says it is not the people who work in government that are the problem – even those who may seem like “curmudgeons” did not start out being that way, but sometimes lose their enthusiasm after many years of dealing with the frustration of being trapped in a bad system.

What really is the problem, Bott says, is the systems of government, and the work itself.

“It’s an absolute mess,” he says. “Most of the work processes were designed decades ago for a lower volume of customers at a less complex time. At one point in most states it was simple to get a copy of your birth certificate, for example. Now it takes longer. Not because we don’t keep good records or only hire bad folks, but because there are more people requesting, there are new security risks to managing a birth certificate, and there are less resources to run those offices.”

These are the very complexities that Bott has to navigate in his career. And for all its difficulty, the work still has the capacity for being highly self-fulfilling. Like he is making a difference.

“In the last couple of years, I have been focused on helping those workers who investigate child abuse and neglect,” he says. “These are amazing people getting 5-7 new reports a week, requiring 16+ hours to complete. There is no way they can keep up. I have helped multiple states reduce their caseloads by 75% – not by reducing the number of kids we see (we actually see more and do more with them now) but by changing how we do the compliance-based work that equates to over half the work time.”

“To know on the flight home that thousands of kids are safer because of the teams we run – that is the most rewarding part of my job.”

Few years in recent William Woods memory have seen the establishment of as many new campus landmarks as in 2022. And now, the most prominent project of them all – the rebuilding of the famous bridge across Senior Lake – is now complete. This week the newly rebuilt bridge, which has yet to be for...
193 19    View on Facebook

William Woods University7 days ago
Did you know WWU was founded on the principle of giving? This Giving Tuesday we invite you to honor the legacy of Dr. William S. Woods and make YOUR impact on The Woods! Learn more and make your gift here: www.williamwoods.edu/givingday
#GivingTuesdayWWU #WilliamWoodsU