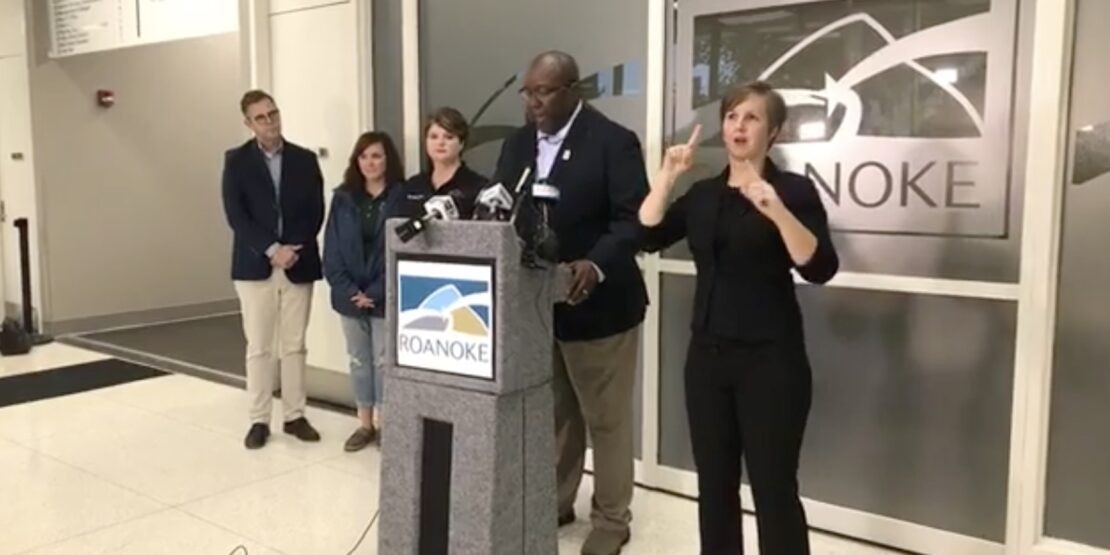 When Amanda Wharton ’06 was growing up in Lexington, Missouri, her father had one requirement for both her and her sister: they were all expected to earn a college degree, becoming the first in the family to do so.

At the same time, she had another sibling, a brother named David, who was Deaf. It didn’t take long for Amanda to realize she had a great opportunity laid out in front of her, to both satisfy her father’s wishes while also learning how to better communicate with her brother.

“I found out about Interpreting as a degree in a college catalog when I was taking driver’s education in high school, hanging out with my counselor on the days when I wasn’t driving,” she remembers. “It quickly occurred to me that I could check two boxes at once – going to college as my dad wanted and majoring in Interpreting, and learning how to communicate with my brother.”

The revelation came at an opportune time, because the older and more advanced in sign language her brother became, the harder it was getting for Amanda to connect with him,

“He was attending the Missouri School for the Deaf and so I was only able to see him on weekends,” said Amanda. “Where his language skills were developing and growing by leaps and bounds, I was stuck referring to a dictionary.”

She was losing time to establish a means to communicate with David. Tragically, she did not know that she wouldn’t have much time left with him, or her father, period.

The summer before her senior year at Lexington High School, Wharton was floored by unspeakable tragedy when both her father and brother were killed in an accident. In the midst of the devastation, however, she knew more than ever what her career path was going to be.

“I still wanted to be an interpreter,” Wharton said, “because I knew that it was a way to let David always be a part of my life.”

With a heavy heart, she chose William Woods University as her college choice, because it was simply one of the very few that offered her desired degree path. But what she received at The Woods in terms of an education and overall experience proved to be much more than choosing a school solely for its choice of academic major.

“WWU provided me with foundational knowledge of the language and the logistics of interpreting,” Wharton remembered. “I was taught by some wonderful leaders in the field when I was there.”

She also found a welcoming campus community, that promoted involvement in all parts of campus life.

“Some of my favorite memories at William Woods involve going to LEAD events,” she said. “I really do believe that program forced me to engage with the campus and learn more about myself. Looking back, I loved the small campus community and how most students live on campus, which really made us invested in the community and a part of it.”

It was now time for Wharton’s investment in The Woods to pay off – in the real world.

Signing on –  to a unique career

An internship in beautiful San Diego before she was completely finished with her WWU degree worked out, well, beautifully for Wharton. After one semester at Deaf Community Services of San Diego, she was offered a full-time administrative position in the interpreting department, and ended up working there for five and a half years in a variety of positions. The experience was beneficial, and she used it along with finishing her William Woods degree to boost her skills in the interpreting world.

After passing her national exam the first time she took it in 2010, she moved with her family to the other end of the country, Roanoke, Virginia, where her career really took off. She began working at Sorenson Communications, one of the nation’s top providers of American Sign Language services, and continues to work there on a part-time basis. She established herself at Radford University in nearby Radford, Virginia, where she connected with more interpreters and created more contacts. All of this opened the door for Wharton to begin offered freelance interpreting services, which she has been doing for the past six years.

Today, Wharton is one of the most established freelance interpreters in her area, with clients that include the Virginia Departments of Motor Vehicles, Aging and Rehabilitation Services, and Blind and Vision Impaired; the Wilson Workforce Rehabilitation Center; the Virginia Community College System; local hospitals and medical clinics, and several universities.

“I love the variety, I love the people, and I love going ‘in the zone’ where I am only focused on the message and everything else in the world falls to the wayside,” she said.

“From birth to death and every moment in between a Deaf person has to allow a stranger in and I am honored to be there,” Wharton added. “Hopefully one day soon, accessibility will be thought and planned beforehand and not after.”

Amanda Wharton long ago made the decision to honor and remember her father and brother when she earned her Bachelor’s in Sign Language Interpretation fifteen years ago. She is thriving in a vocation that is close to her heart, and passionately encourages others to follow in her footsteps.

“Take acting classes, speech classes, personal finance – be open,” she said, about someone considering a career in Interpreting. “There are so many niches in this field, and it can take you to so many different places.”

Clearly, that is the case with Amanda Wharton.

William Woods University13 hours ago
Hey Owls, did you know October is Breast Cancer Awareness Month? In support of the ongoing struggle, WWU is inviting everyone in the campus community to wear pink on Monday, October 3, and enjoy some delicious Honey Ice Cream from Giofre Apiaries, free of charge, at lunch and dinner at Tucker Dining Hall!

William Woods University4 days ago
William Woods has been cutting edge when it comes to online education for nearly three decades. Now the University continues in that tradition with the establishment of William Woods Global, a significant increase in online undergraduate degree offerings.
https://news.williamwoods.edu/william-woods-to-launch-william-woods-global-a-significant-increase-in-online-offerings/