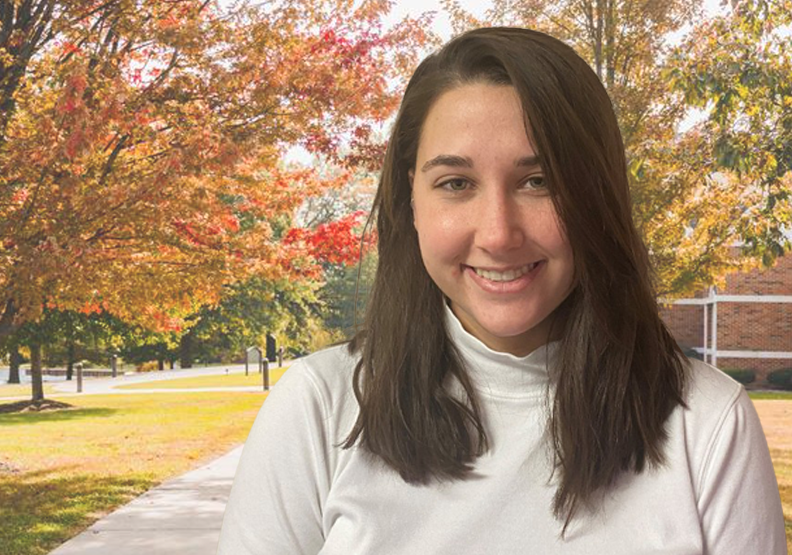 At William Woods, there are freshman scholarships that can be applied to just about every passion and excellence. Whether you are a scholar, a legacy, actor, athlete or all of the above, The Woods is all about rewarding those who achieve success before even making it to the WWU campus, and who stand out above others.

One of the most sought-after, and prominent, freshman scholarships is the Amy Shelton McNutt Scholarship, which is a “full ride” award that covers board and tuition annually for one talented and accomplished incoming William Woods University student. The lucky recipient has to have an ACT of at least 31 (or 1360 reasoning score on SAT), a minimum grade point average of 3.5, and must nail a successful interview. Recipients keep the scholarship for all four years at WWU provided they maintain at 3.5 grade point average while at The Woods.

The scholarship was named after Amy Shelton McNutt, who graduated in 1907 and owned the famed 10,000-acre Gallagher Ranch near San Antonio, Texas. Her spirit of generosity is exemplified on campus as she made several contributions including funding for scholarships, buildings and time on the WWU board of trustees.

What has the McNutt Scholarship meant for those William Woods students that have earned it? The last four recipients sat down with Woods Today reporter Veronica Townsend to share their experiences:

It seemed like any other normal school day. But what Isaiah Buse believed to be a trip to the school library at his high school in Houston, Mo. for a going away party for his mother (a teacher who was taking a position in another school district) turned out to be something else entirely – a surprise announcement that he had won the McNutt Scholarship from William Woods University! When he entered the library, Buse was greeted by his principal, peers, and a few staff members.

“I did not quite understand what was going on as I believed the occasion to be for my mother, but by the time I saw a few of the WWU faculty it all started to piece together,” Buse said. “I am not one to often get emotional but seeing the tears in my parents’ eyes – two of the greatest people I know – I couldn’t help but be a little choked up.”

For a long time, Buse had assured his parents that they would not have to worry about helping him through college financially, and that put a lot of pressure on him to succeed.

“Still, even when I couldn’t believe in myself, my parents believed in me,” Buse said. “That day, the award itself was a mere added benefit to the joy I felt in taking that burden off of my family.”

The McNutt Scholarship is important to Buse because it provides students with the opportunity to change not only their fortunes, but their family’s as well.

“A scholarship that makes college virtually free gives students a chance to improve their education, financial standing, and their future,” Buse said. “It had been a goal of mine for a long time to relieve my family of the financial burden of a college education. Consequently, when I came across the McNutt Scholarship, a full-ride scholarship, it seemed almost nonsensical to not apply.”

The McNutt Scholarship has allowed Buse to focus on his educational career without worrying about finding a way to pay for it. This has freed him to focus on and pursue future career goals through courses, internships, and leadership opportunities.

“When applying for the McNutt Scholarship, my advice to incoming freshmen is to focus on their unique abilities and talents,” Buse said. “Everyone has something unique to offer to this university and the world, and I think the committee is looking for that in applicants. It’s less about your GPA and ACT/SAT and more about your character and potential.”

In the middle of a school day during her senior year at Seckman High School (Imperial, Mo.), Bailey Korhammer was called down to the office.

“I remember being confused at first,” Korhammer said. “When I got there, I saw my parents and sister standing there as well as Trevor from (WWU) admissions, who was holding the certificate for my scholarship. I was ecstatic. I did not expect to get picked at all, so it was a nice surprise.”

The McNutt scholarship has been important in a lot of ways to Korhammer.

“I think it rewards good students for their hard work in high school and being the only one in your year to receive it is certainly a confidence boost,” Korhammer said. “It shows that the school recognizes you as a scholar and that they value your presence here.”

Korhammer originally was not going to apply because she just thought that there was no way she was ever going to be picked for it. Her mom really pushed her into applying for it.

“I would say my number one motivation was to be able to receive an undergraduate degree with no loans,” Korhammer said. “My advice for applying the award is to be honest and trust that your work is good enough. You can only apply with what you’re capable of, so just do your best and know that you’re qualified for a reason.”

Another McNutt Scholar, Palmer Soberg, came to campus for his brother to tour the Theater program. The tour ended with Soberg being surprised by receiving the McNutt award at the admissions office.

“I had no idea that I won, and admissions surprised me with a basket of goodies from the gift shop and the award,” said Soberg, a graduate of Wentzville (Mo.) High School.

The McNutt Scholarship is important for people like Soberg, who didn’t realistically have the financial means to pay for college out of pocket. Before Soberg received it, he was looking into programs like A+ to cut down on cost but the award gave him the chance to experience four full years of university life and all that comes along with it

“I was motivated to apply for the award because I knew my hard work in high school gave me a decent chance of winning,” Soberg said. “I want to be able to pursue medicine and this award lessened the amount of financial hardship that would put me through.”

This scholarship has also helped Soberg focus a lot more on his studies and extracurricular activities.

“I am extremely involved on campus and hope that this involvement helps me pay back the community for what they have given me,” Soberg said.

If you are planning to apply for the award, Soberg’s advice is to make sure to absolutely list everything of importance you did in high school.

“Although an activity may seem small to you, the people granting the award are looking for hard working, dedicated, and well-rounded applicants,” Soberg said. “When you write or interview, don’t write what you think they want to hear but rather what you believe and stand for. Most of all, be yourself in the application and work every day to make yourself someone worth being.”

The day Adrianna Koty received her award was actually a little strange for her. She got called down to her counselor’s office one day during her senior year at Plainfield High School in Joliet, Il., was told only that her parents were there and that they had something important to tell her.

“At first, I thought that something must have happened to one of my brothers or something else drastic,” Koty said. “It wasn’t until my admissions counselor Kylie Hirth surprised me by coming in and showing me the certificate that I understood. I literally jumped for joy when I heard the news, and I am sure there is still a video of my doing so out on social media.”

The McNutt scholarship is important because it recognizes both intelligence and character, and Koty finds that many other scholarships are based on ACT/SAT scores, GPA and transcripts.

“The McNutt scholarship goes beyond that and takes into account the applicant’s character and dedication,” Koty said. “Also, free tuition, room and board takes a lot of financial stress off of a student, especially ones with high aspirations. It has given me some expectations to live up to, as well as opened opportunities for further education.”

To be honest is Koty’s advice, as the award is about character, perseverance and compassion just as much as it is about intelligence.

McNutt Scholarship has help to provide a foundation and changes the life forever for students willing to put in the work and prosper at the highest level of their education. For more on the McNutt Scholarship and other William Woods scholarship opportunities, please visit: