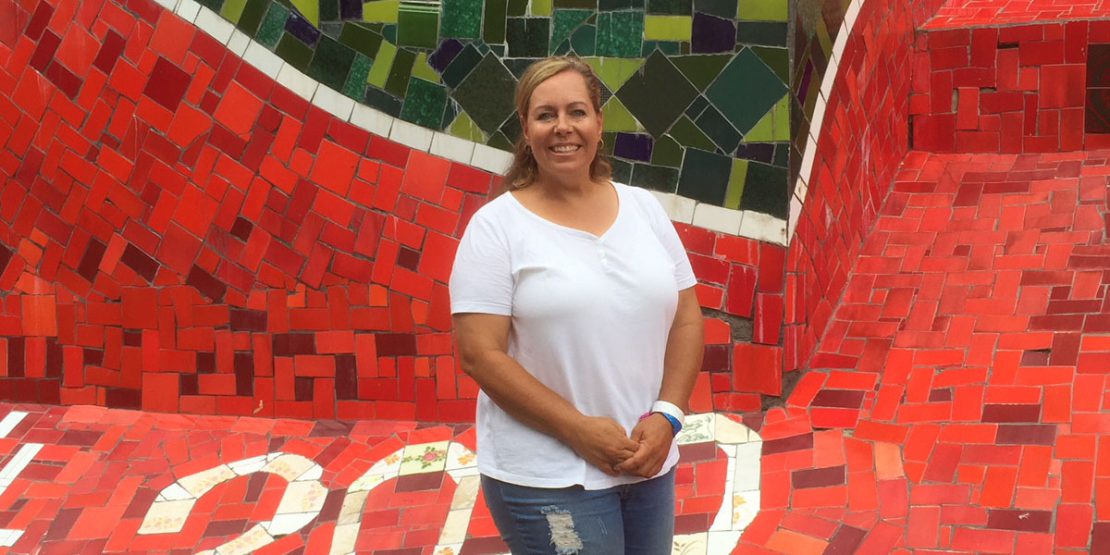 Many William Woods University alumni work with athletes in one way or another. Graduates of WWU’s Exercise Science and Athletic Training programs ensure the athletes they work with are performing to their best ability, and help manage injuries. Many William Woods Equestrian Science alumni go on to work for top athletes, even Olympians, as grooms or assistant trainers.

Then there is Tracey Kilts Powers ’90. The EQS graduate is training the best athletes in the world, currently working with United States modern pentathlon athletes for the show jumping portion of the event. She trains these aspiring Olympic athletes at MM Ranch in Fountain, Colorado.

Modern pentathlon is made up of five different events – fencing, freestyle swimming, show jumping, and a final combined event of pistol shooting and cross country running. The modern pentathlon is inspired by the same ancient Olympic event, which showcased the ideal Greek soldier. The equestrian component involves drawing a random horse right before the event, and showing a course with 12 to 15 obstacles.

These are not the only athletes Powers trains.

“I coach equestrians, and I have two colleges teams and a high school team,” said Powers.  “These include the Intercollegiate Horse Show Association (IHSA) at Colorado College for the past 15 years and a new team I just started with at the University of Colorado – Colorado Springs. There is also the Interscholastic Equestrian Association (IEA), which is a high school and middle school association.”

While the high school and college students Powers trains have equestrian backgrounds, frequently the pentathlon athletes do not.

The equestrian component of the modern pentathlon involves 12 -15 obstacles over a meter course. The athletes randomly draw horses right before the start of the competition, so they need to be able to have competency riding any horse. And while some do come from an equestrian background, many others were runners or swimmers before starting the event and have never sat on a horse before when they come to Powers.

“It’s challenging because sometimes we only have six to nine months to train these athletes, and they have to be proficient at three foot courses,” she said. “Usually I would still be teaching the walk, trot, and canter at that point, so everything is accelerated.”

Over time, however, Powers usually does have much longer to train them. Most pentathlon athletes compete for eight to twelve years, which means there is time to train and go back and perfect areas of weakness between events.

Powers has about fifteen school horses to teach train these unique athletes. Like the pentathlon athletes, the IHSA and IEA teams also ride randomly drawn horses in their events. The variety of horses Powers utilizes helps prepare all of her athletes for whatever horse they may draw at an event. In a typical week, the IHSA, IEA and pentathlon athletes will come for lessons multiple times. Powers also finds time to squeeze in lessons to anyone wanting to learn how to ride.

“Riding a variety of different horses at William Woods really prepared me for my career,” said Powers. “We got to ride some fun horses and some tricky horses. I came in as a Hunter and learned a lot more about Show Jumping and eventually kind of got addicted to that.”

Classes at WWU such as Horse Management Practicum (nicknamed “keeper” by students) where students are responsible for taking care of the barns and a group of horses prepared Powers for the long hours of being an equestrian and the hard work of her lifestyle. It was the perfect apprenticeship for the profession she has chosen, because if emphasized qualities like hard work.

“Don’t be afraid to put in the work,” is what Power says to current students. “Meet different people in the horse industry, because a lot about succeeding is who you know. Professionals in the industry want to see students who are willing to work hard and have a good attitude.”

Next up for the U.S. Pentathlon team is a World Cup event June 27-30, 2019 in Tokyo, Japan and the Pan American Games in Lima, Peru. And after that, who knows? Perhaps we might see one of Powers’ pentathlon athletes on the medal stand at the 2020 summer Olympic games!

William Woods University5 hours ago
Congratulations to Jason Vittone! We thank you so much for your 15 years of service at WWU.

“Playing sports is great, an amazing experience. But it’s an experience with an expiration date.”…
31    View on Facebook