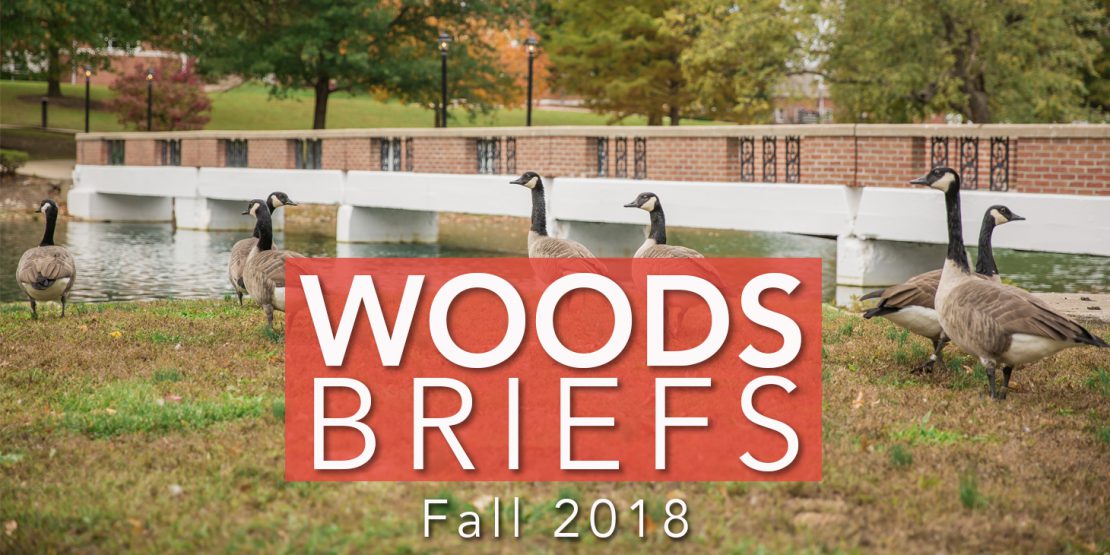 Jim Head, a recently retired Education professor, was honored by the NE District Principals Association with the creation of the Jim Head Aspiring Administrators Scholarship. Head has more than 31 years of experience as a teacher and administrator in Missouri’s public schools, served as the state president of MASSP, and was a member of the executive board of the National Association of Secondary School Principals. He was also the recipient of the Outstanding Principal of the Year Award in 2000 from the Northeast District Principals Association.

Ashley Angle, a current Education Specialist graduate student, won a $500 grant from the Missouri Retired Teachers Association. The grant will go towards purchasing literacy activities for Angle’s kindergarten class at Pioneer Trail Elementary School in Jefferson City, Mo. to help her students move towards the district’s goal of having all students read at or above grade level. Angle has been teaching for 18 years and was recognized last year by the Veterans of Foreign Wars’ National Citizenship Education Teacher of the Year Award contest.

Emily Barker ’19 (a Business Administration and Equine General Studies double major from Chino Hills, Calif.) recently published an article on Horse Nation about how to sell a horse on social media.

Carrie McCray, Professor of ASL Interpreting, was re-elected Chair for the State Committee of Interpreters (a governor appointed licensing board that regulates Licensed Interpreters in the state of Missouri.)

Stacy Johnson ’89 has joined Lake Media in Camdenton, Mo as their new multi-media sales executive. Johnson attended William Woods on a softball scholarship and earned a degree in Business Administration and a minor in Communications. Johnson has more than two decades of experience in sales and news.

Paul Joyner MEd ’13 is the new Forest Service Eastern Regional Patrol Commander in Milwaukee, Wisconsin. After earning a masters in education from William Woods and serving in the Missouri Army National Guard, he was a police officer with the city of Cape Girardeau and was a Missouri State Trooper in Willow Springs and Poplar Bluff, Missouri.

Mariah McKee ’12 has been hired as the new North Callaway Ladybird’s varsity softball coach. McKee has been a part of North Callaway’s athletic program for six years now and played softball at William Woods for two years.

Susan Hayes MBA ’11 has been promoted to director of accounting for Sunset Home. She has over 12 years of experience in health care and long-term care and served as the senior billing analyst before coming into her new position.

Kathy Cowan-Smith ’10, MBA ’13 has been promoted to Vice President for OTSCON, an automotive manufacturing company. Cowan-Smith has worked for Tier 1 for the past 23 years and is the first female to achieve this level in the company.

Dr. Julie Miller MBA ’97 was appointed to the Missouri State Board of Nursing. Dr. Miller is a Family Nurse Practitioner at SSM Health.

Lane Roberts MBA ‘ 12 secured more than 70% of the vote to become the State Representative for Missouri District 161. Roberts was unopposed in the Republican primary and won the general election by a margin of 2,316 to 982 in Newton County and 5,636 to 2,933 in Jasper County, defeating his opponent Elizabeth Lundstrum. Roberts is also the recipient of the 2018 William Woods Graduate College Alumni Award, which honors a graduate for excelling in his or her chosen field.

Janese (Mutz) Shepard ’96 a partner and shareholder with Gray Blodgett and Company, PLLC in Norman, was named the 2018 Rick Kells Outstanding Tax Professional. She is the eighth recipient of this award.

Nancy McCaleb Polette ’50 published her 150th book in 2018, “N is For Never Forget” a book for middle school children which tells tales of war ranging from World War II to present. Polette taught for 68 years as a teacher, librarian, and professor at Lindenwood University. In retirement, she teaches a course for adults at the public library on writing for children.