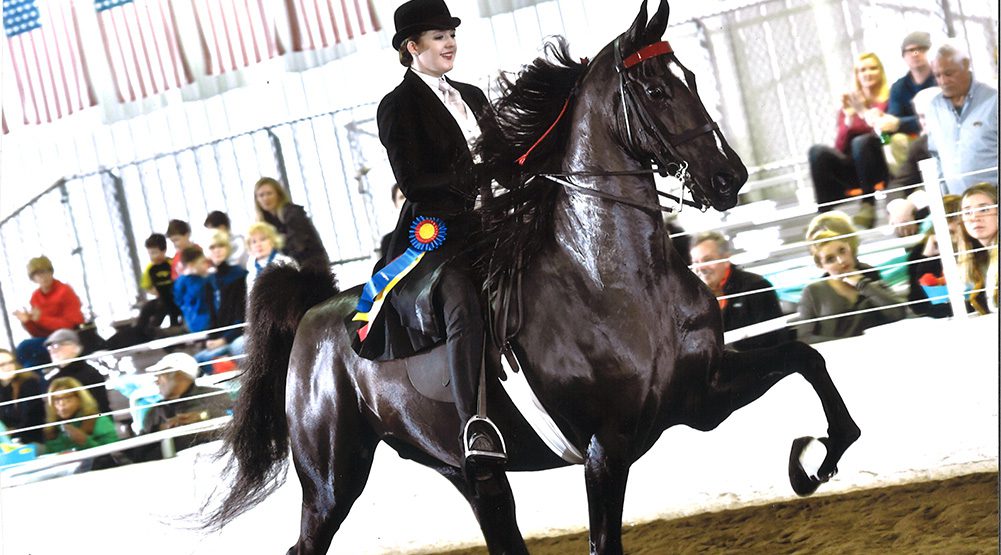 Fulton, MO – It has become a rite of autumn for the William Woods University (WWU) Equestrian Science Department.

For more than a quarter century, students and faculty from the nation’s premiere higher education equestrian degree program have competed at the famed American Royal, the prestigious horse and livestock show, rodeo and barbecue competition held for more than 100 years in Kansas City. Next week the tradition will continue with the United Professional Horseman’s Association (UPHA) American Royal National Championship Horse Show, running from November 11-16 at the Royal’s Hale Arena.

This year, William Woods will be represented by nine Saddle Seat students and their professor showing horses that have been generously donated to the university. It is a prime opportunity for William Woods equestrian students, unique to students that choose WWU’s elite program, to gain a foothold in the industry.

“The American Royal is considered the biggest horse show that the WWU Saddle Seat students participate in,” said Sarah Track, associate professor and Saddle Seat instructor at William Woods. “It not only showcases the student’s ability to work with a horse over the course of the semester and then show the fruits of their work at a horse show, it also enables them to network with current industry professionals, many of them William Woods alumni, seeking to fill vacant positions or set up plans for summer internships.”

In addition to competing, the William Woods Equestrian Science department is sponsoring a UPHA party on Thursday, November 14 for all WWU alumni and prospective students, including barbecue and a concert by Pryor Baird, at Hale Arena. Proceeds from the tickets purchased for this event will benefit the UPHA National Convention and UPHA Foundation. For more information on this event, please visit https://pryorbairdlive.eventbrite.com.