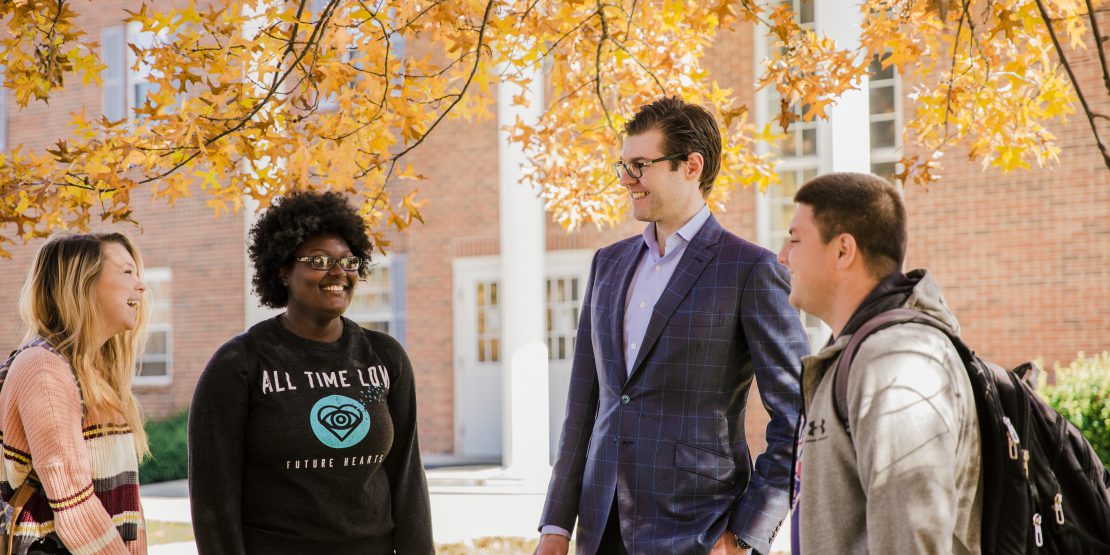 Members of the general public will soon be getting the first look at a new book by a member of the William Woods University (WWU) History faculty that examines the ideals that guided the foundation of the United States. “American Honor: The Creation of the Nation’s Ideals during the Revolutionary Era” by Dr. Craig Bruce Smith, director of the WWU History program, will be officially released on April 23 by the University of North Carolina Press, but members of the WWU community and local public will get the opportunity to access the new publication prior to its release.

A book release party, including a lecture by Dr. Smith and book signing, will be held at WWU’s Mildred M. Cox Gallery on Thursday, April 19 at 4 p.m. The event is free and open to the public.

American Honor is an ethical history of the American Revolution, exploring the ideals that guided the nation’s founding while focusing specifically on key founders (Adams, Franklin, Jefferson and Washington) as well as diverse individuals and groups throughout society. These founders are remembered for their contributions to American independence and the nation’s creation, but while they were forming this new republic, they reflected on the ethics of their deeds. They wanted the nation to succeed, but not at the cost of honor or virtue.

The book uses collective biography and narrative based on research from more than 30 archives in the U.S. and United Kingdom. It represents a fundamentally new take on the causes and consequences of the American Revolution.

“This book was a fantastic experience that allowed me to get into the minds of the American Revolutionary generation,” said Dr. Smith. “A lot of recent history scholarship has focused on debunking the Founders, but writing this book truly convinced me of the seriousness of their beliefs and ideals.”

“By exploring honor as a concrete ideal rather than an abstract concept, American Honor reveals the evolving sense of moral purpose that framed the nation’s founding,” said Joanne Freeman of Yale University, author of Affairs of Honor: National Politics in the New Republic. “An important read for anyone who wants a full understanding of the bonds of principle that joined revolutionary Americans in shared cause.”

The book launch at William Woods is the first of a national tour. Stops include the David Library of the American Revolution in Pennsylvania; the Washington Library at Mount Vernon, Monticello and Virginia Historical Society in Virginia; Anderson House and Society of the Cincinnati in Washington, DC; Fraunces Tavern Museum in New York City; Massachusetts Historical Society and Brandeis University in Massachusetts; Andrew Jackson’s Hermitage in Tennessee and the Boone County Historical Society and Daniel Boone Library in Columbia, Missouri. The full list can be found at www.craigbrucesmith.com.