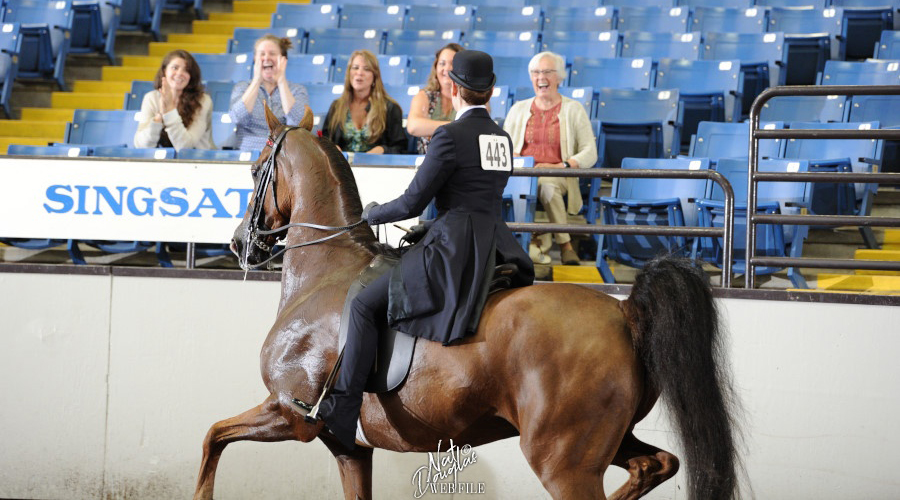 Fulton, MO – William Woods University Equestrian Science (WWU EQS) faculty, students, and alumni had a great showing at the Missouri State Fair during the Society Show July 31 through August 3. It was a successful week for WWU equestrian riders who attended the local and historic show. Due to the proximity, WWU faculty were able to attend and cheer on the competitors. In the stands, Jennifer Petterson, Laura Ward, Liz Haben, Bailey McCallum, and Michele Smith cheered on fellow WWU riders.

“It is always fun for me to take William Woods summer riders to the Missouri State Fair horse show in Sedalia.  It is an historic show attended by a fun group of trainers and exhibitors.  We had a successful show filled with many laughs and blue ribbons.  I hope to attend again next year!” said Track.