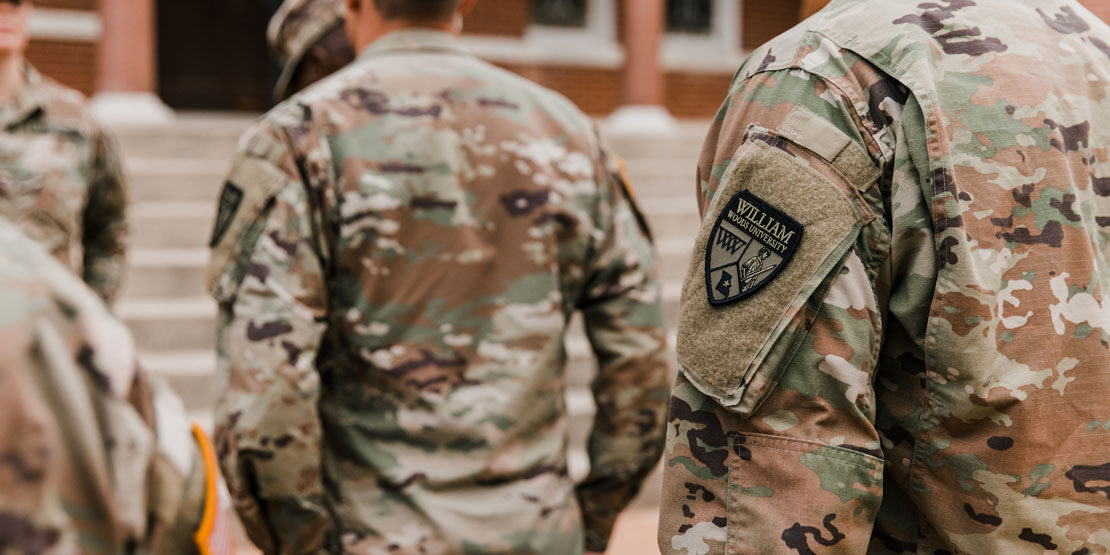 Adding to its status as a Military-Friendly University, William Woods University (WWU) is establishing a new academic scholarship for students that are either enrolled in the Show-Me GOLD program, are a current member of the Missouri National Guard, or are a veteran of the U.S. Armed Forces.

During the WWU Board of Trustees meeting today, outgoing President Dr. Jahnae H. Barnett announced the formation of the Major General Stephen L. Danner GOLD Scholarship, to assist WWU students who fall within any of the three categories with educational expenses while enrolled. The scholarship is named for U.S. Army Major General (Retired) Stephen Danner, former Adjutant General of the Missouri National Guard and current member of the William Woods Board of Trustees.

“The Guard Officer Leadership Development (GOLD) program is the premiere officer training regimen of the Missouri National Guard, combining rigorous military training with a program of academic excellence,” said Maj. General Danner. “Dr. Jahnae Barnett was one of the first to recognize the value of the GOLD program to the State and Nation, and had the foresight to bring the GOLD program to William Woods University. We are proud to endow this scholarship to help future WWU students who are in the GOLD program, the Missouri National Guard or who are veterans of military service.”

The Danner Scholarship will provide up to $500 per academic year to the award recipient. The inaugural award of the scholarship for the Fall 2021 semester is going to Alan Walton of Jefferson City, Missouri, who is a junior at WWU studying Education. Walton is part of the University’s Show-Me GOLD program and is currently serving in the Missouri National Guard.

Long certified as an official Military Friendly University, WWU announced the establishment of the Show-Me Guard Officer Leadership Development (GOLD) program in 2018, becoming the first private institution to host the program. Designed to train and prepare young men and women to serve as commissioned officers in the Missouri National Guard, the Show-Me GOLD program first began being offered at William Woods during the Fall 2019 semester, the same year the University opened its on-campus headquarters for the program.

In addition, the University began offering the Triumph Program, a partnership between WWU and Missouri Military Academy in which MMA students are able to take college courses and earn college credit at William Woods while still high school students, in 2019. And finally, the cost, support and career services, and flexibility – all hallmarks of the WWU experience – are among the most important factors in college decision making for veterans, according to a U.S. News and World Report study. William Woods’ online and part-time study options, as well as the freedom to start and stop as needed, provide the flexibility students need to finish their degrees as their schedule allows.