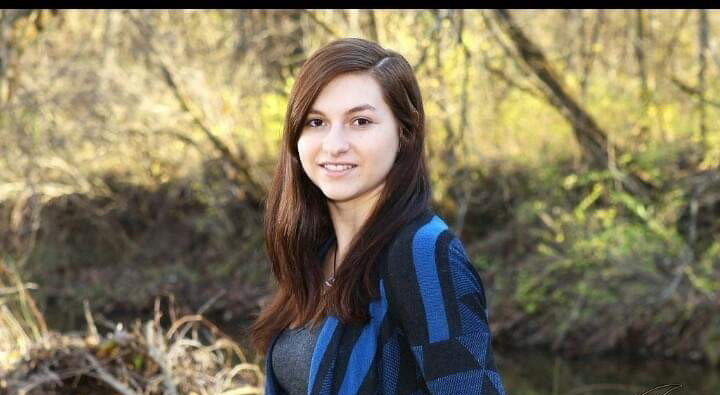 Julie LeFarth ’21, a Biology major with a pre-vet emphasis from Fenton, Missouri did an internship with a sanctuary for wild animals during the Fall 2019 semester. She shared her experiences with The Woods Today’s Veronica Townsend:

I went to a University of Missouri internship open house where I chatted with an owner and vet of a non-profit organization called National Tiger Sanctuary, located in Saddlebrooke, Missouri. The owner and vet were willing to let me earn shadowing hours and to do an expedited internship of one month. Normal internships are three to six months.

Saddlebrooke, which is between Branson and Springfield, is pretty much out in the middle of nowhere, with over 100 acres all together out in the woods. We only used 30 acres, meaning there was a lot of land around us. The sanctuary has about 90 animals including tigers, lions, serval, wolf hybrids, Arctic foxes, a horse, an alligator and small turtles. All the rescue animals will spend the rest of their lives at the sanctuary with weekly vet visits. The animals come from circuses, shows that have been shut down, and private ownerships.

We spent three to four hours a day cutting raw meat, which was anything from chicken and pork to turkey or beef. All the food comes as donations from Walmart, Tyson and Butterball. The meat included ground, bone in, and boneless. We would cut it up, put it in buckets and weigh it out for each cat. Then, we would go feed them. We would also give all the cats supplements and medication like pro-biotics that helps with their kidneys an hour before the animals get their food. All the pills were shoved into boneless pieces of meat.

During the day, we cleaned the animals’ outside habitat and inside their bedroom by replacing the straw. I also worked in the office with getting people ready to go out on tours, and also worked the cash register and stocked concessions. We broke down food from the freezer where I would pull meat and put it in the fridge, so it can defrost for the next day. I also preformed general upkeep with the property.

My favorite part was getting to feed the cats because it was an adrenaline rush – there was not much space in between them and you! You were shoving food to them with the tongs. One of my favorite animals to feed was Harry, a tiger that is believed to be a hybrid between the Siberian and Bengal subspecies. Harry was what they call food aggressive. He would charge the fence, take the food and go out grumbling.

The first time I got to feed an animal made me nervous but excited at the same time. The first one that I fed was Farrah, a white tiger. Farrah retired from the circus industry to live out her senior years at the sanctuary. Someone showed me how to feed the animals three or four times by coaching me through it. You have this little trough and you have to get it loaded with stuff so that when you place it in the spot they are ready to go; otherwise the animals get anxious and angry when they see the trough and there is no food in it. A trough is a little piece of white gutter holder in the fence that you put food in. Once you put it on there you have to load the food immediately. I did not want to mess up. You get more comfortable feeding animals as you go along in the internship.

Living in the internship house

I lived at the internship house because the site was three hours from here and four hours from where I lived. The house includes two bedrooms and two bathrooms that the interns stay in. I had a room to myself but during the summer when they have more interns, it is two to a room like a dorm room. You get a full house with all amenities and a $75 a week stipend for food, which is nice because there is a Walmart close by.

I was more prepared to be living with other people and respecting their space when they needed to use the bathroom and when I was taking a shower. I have been a Community Advisor at William Woods and living in a dorm made me ready for this experience.

I learned so much about the biology and behavior standpoint that I never knew. First, I learned about howdeclawing felines of any kind can cause tendon and ligaments issues, because felines walk on their toes. When declawing of the toes is first done, this forces a cat to walk by walking on the soles of their feet like a human with abnormal ligaments and tendons causing pain inflammation. Second, if you want to work in a sanctuary like I was in, it is a no contact environment. They never touch animals. So, you shouldn’t go there wanting to cuddle with a tiger at the sanctuary because they do not let you for the safety of you and the animal.

Overall, it was a great experience and I am thankful attending William Woods gives me the chance to take internships like the one I had.

William Woods University18 hours ago
For the third time in just the past two months, the University has received a generous donation, with this one to endow a new academic scholarship.