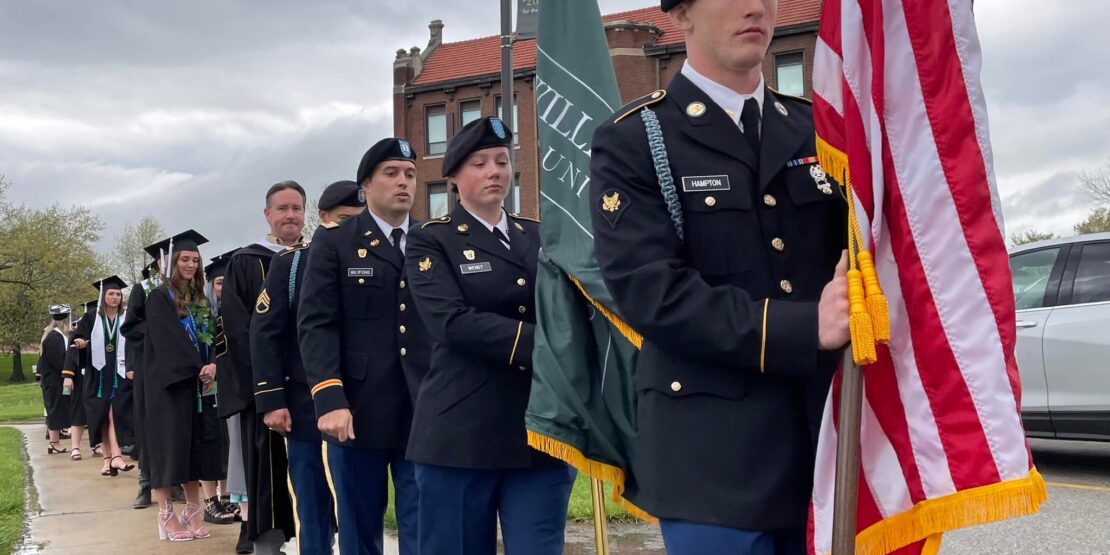 For the first time since 2019, commencement exercises at The Woods returned to the traditions the University has followed for decades on Saturday, April 30, as 308 WWU students received their diplomas and moved into the alumni ranks.

Following two years of COVID-19 restrictions that significantly altered the University’s standard commencement activities, Graduation Day 2022 returned to the format of two ceremonies in a single day, held inside Cutlip Auditorium. 148 Owls graduated during the morning undergraduate ceremony, followed by 160 during the graduate school commencement during the afternoon. By contrast, commencement 2021 had six ceremonies over two days with mandatory masks and physically distanced seating, all to abide by health regulations.

Commencement 2022 also marked the first such ceremony at The Woods that was presided over by the University’s 13th President, Dr. Jeremy Moreland, the first new president at a WWU graduation in 33 years. President Moreland also served as the commencement speaker at both ceremonies, putting what the graduates have already achieved just by graduating into perspective in his address to undergraduates.

“Take a moment to think about the fact that you are about to graduates from college – approximately 35 percent of Americans graduate from college, meaning 65 percent do not,” said President Moreland during the undergraduate ceremony. “You have beaten the odds, and achieved something extraordinary. You a member of the vanguard, leading the way into the future.”

Later, in his graduate school address, President Moreland focused on the role the University has played in advancing the careers of WWU’s graduate students.

“As professionals, you make numerous decisions on a daily basis, but today I want to acknowledge what I believe to be one of the best decisions you could make,” said the president. “I truly believe that you have made the best investment in your future through private and personalized education. At William Woods, we are firmly committed to helping students realize their dreams through a high-quality, professions-oriented private university education, which is reliably the best possible investment anyone can make in their future.”