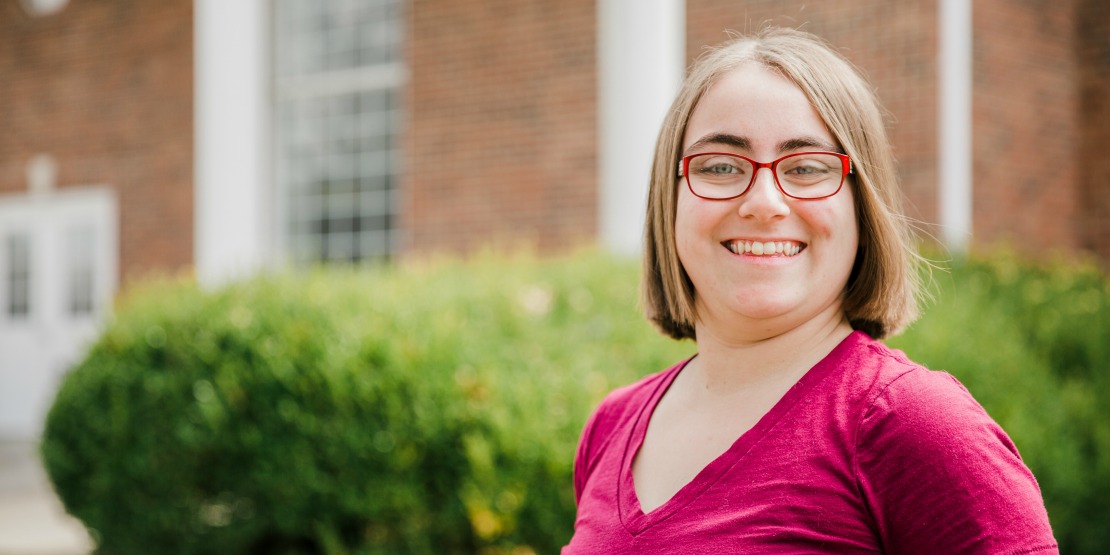 If you want to meet the most involved current student at William Woods University (WWU), attend a campus event – she’s almost certainly there. And if you want to find Nina McKee of Fulton somewhere this summer when classes aren’t in session, you can find her – where else? – on the WWU campus, working a summer job.

Ms. McKee, a Management of Information Systems major who will be a senior at The Woods this fall, is officially the most involved student at William Woods. She recently set the all-time campus record for points in the LEAD program, the university’s unique-to-higher education program that annually awards tuition assistance to undergraduate students who commit to campus and community involvement. Under LEAD (Leading, Educating, Achieving and Developing), full-time students can earn scholarships of $5,000 for residential students or $2,500 for commuter students per year by attending LEAD events on campus, which can range from plays, concerts, campus speakers, screenings, athletic events and many more. For each event attended, students receive points toward the total needed to receive the scholarship. 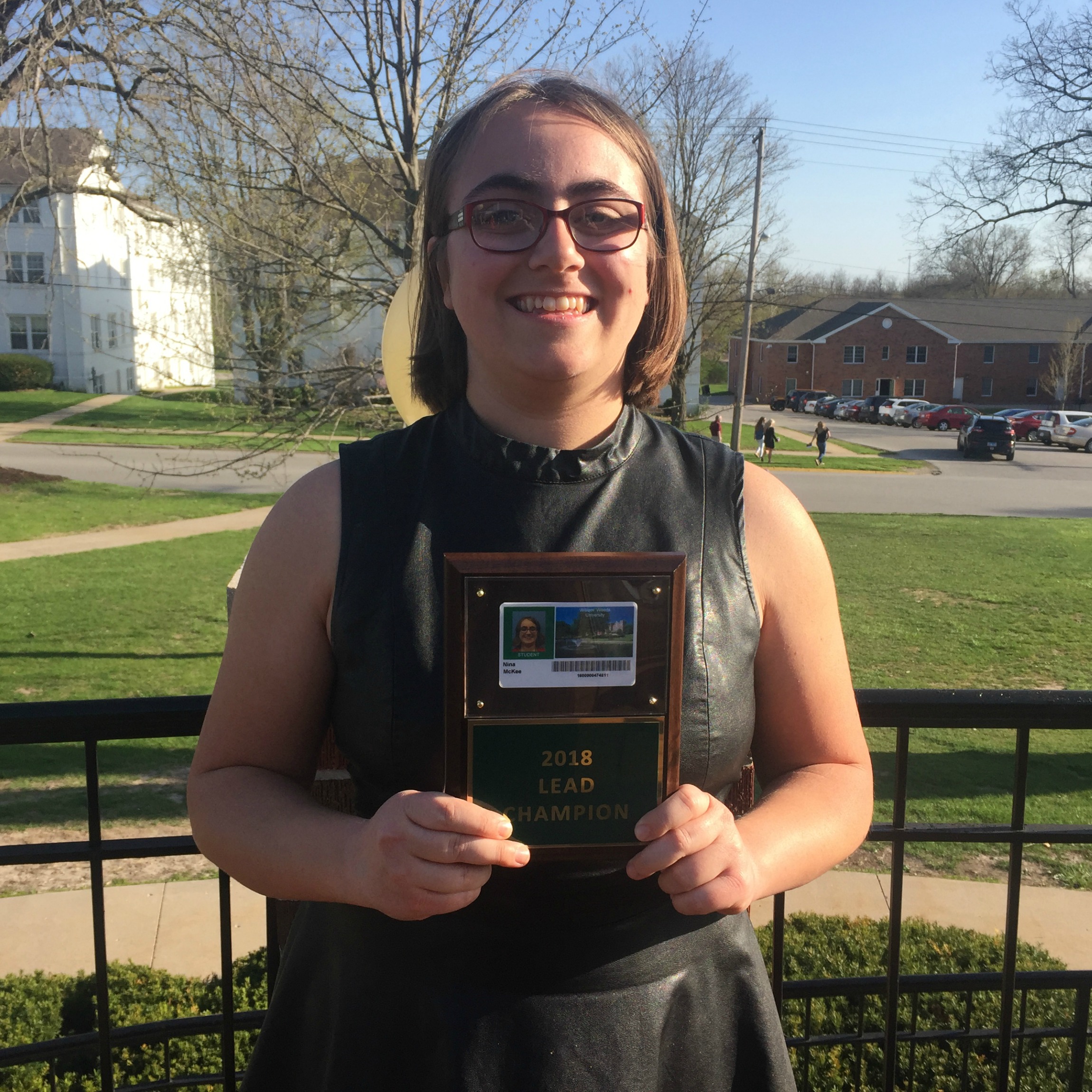 As a commuter student, Nina was required to obtain 28 points in the past year to receive her award funds. At the close of the just-completed academic year last month, she had accumulated a whopping 150.5 points, surpassing the all-time campus record of 128.5.

“The LEAD program has been a great way for me to be engaged on campus in between classes as a commuting student,” said Nina. “I was surprised and really excited to find out that I had a chance to set the overall school record for LEAD points, so I decided to challenge myself and go for it. I really appreciate the unique opportunities that are made available to William Woods students through LEAD events like intramural sports, student presentations, campus speakers and much more,” she said.

“At William Woods, we are committed to educating the total person which includes important campus and community experiences that occur outside of class, which is what LEAD is all about,” said Venita Mitchell, Vice President and Dean of Student Life at WWU. “To say Nina has embraced the spirit and mission of the LEAD program is a major understatement – she has taken involvement in campus life to an unprecedented level and is an inspiration to all William Woods students.”

Created by WWU President Jahnae Barnett, the LEAD Award Program was considered unique to higher education when it was established in 2000. With the goal of enriching a student’s educational experience and encouraging active participation and involvement in university life beyond the classroom, LEAD has provided more than $30 million in financial assistance to William Woods students since its inception. The cutting edge program has been featured on the British Broadcasting Company (BBC); Canadian Broadcasting Company (CBC); Associated Press; National Public Radio’s “All Things Considered;” Los Angeles Times; Christian Science Monitor; Chronicle of Higher Education; and numerous other media outlets around the U.S. and world.