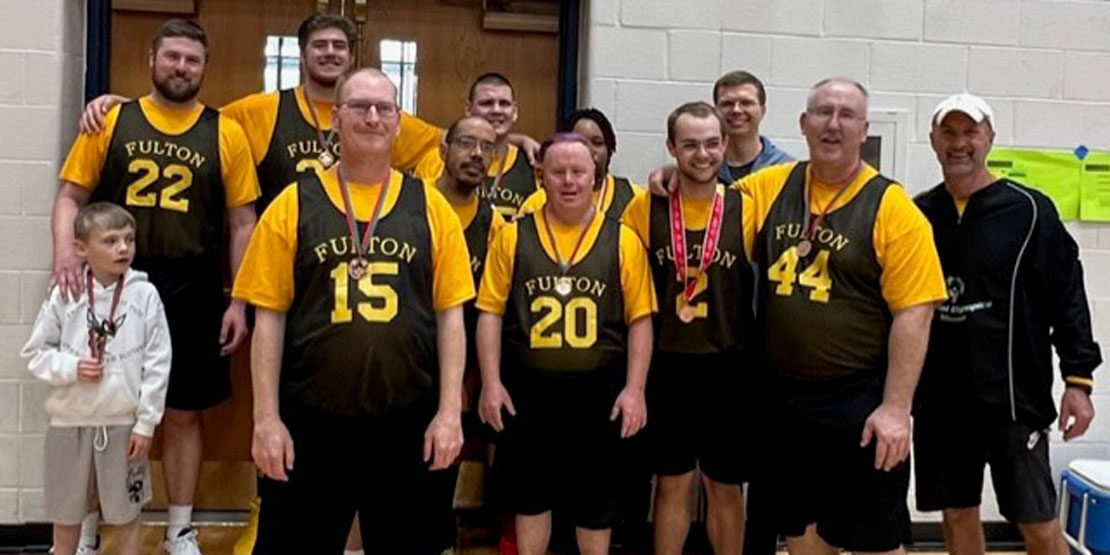 Missouri Special Olympics is a movement that has been impacting athletes, their coaches and families across the state, and nation, for decades. In Fulton, the historic organization has found a home at William Woods University inside the gymnasium named for the University’s most legendary athlete.

Since 2015, the basketball arena at WWU’s Helen Stephens Sports Complex has served as the home for Special Olympics Fulton Basketball, a place where these local athletes can train year-round for their competition on the hardwood. It is a relationship that has benefitted both Special Olympics and The Woods.

“Seven years ago, William Woods University opened its doors to our local Special Olympics athletes, Unified Partners and coaches to practice,” said Ken Petterson, coach of Fulton’s Unified Team.  “Due to William Woods’s inclusion of our program, we have been happy to see the number of athletes continue to grow.”

“It has been such a joy to join Fulton’s Special Olympics Basketball team as a Unified Partner,” Davis said. “In the short time I’ve been on the team I have made many great friends and connected with other members of our Fulton community. The team even welcomed my son to help during practices and at the state tournament. I’m proud that WWU supports the important work of Special Olympics Missouri by hosting our athletes to practice on campus!

The three-on-three and individual skills athletes finished up their competition schedule at regionals in St. Charles, Missouri last month.  The Unified team qualified for the state tournament March 19th in St. Charles with its regional gold medal win in February.  After a hard-fought game with the lead changing frequently buzzer to buzzer, the team lost by two.  They came back strong in the next game with an impressive win that earned them the bronze medal.

In June of this year, Jennie Petterson, Professor and Director of the School of Equestrian Studies, will compete at the 2022 Special Olympic Games in Orlando, Florida as a Unified Partner with Special Olympian Joey Garrard in the sport of bocce (https://news.williamwoods.edu/wwu-professor-to-represent-team-missouri-at-2022-special-olympics-games/).