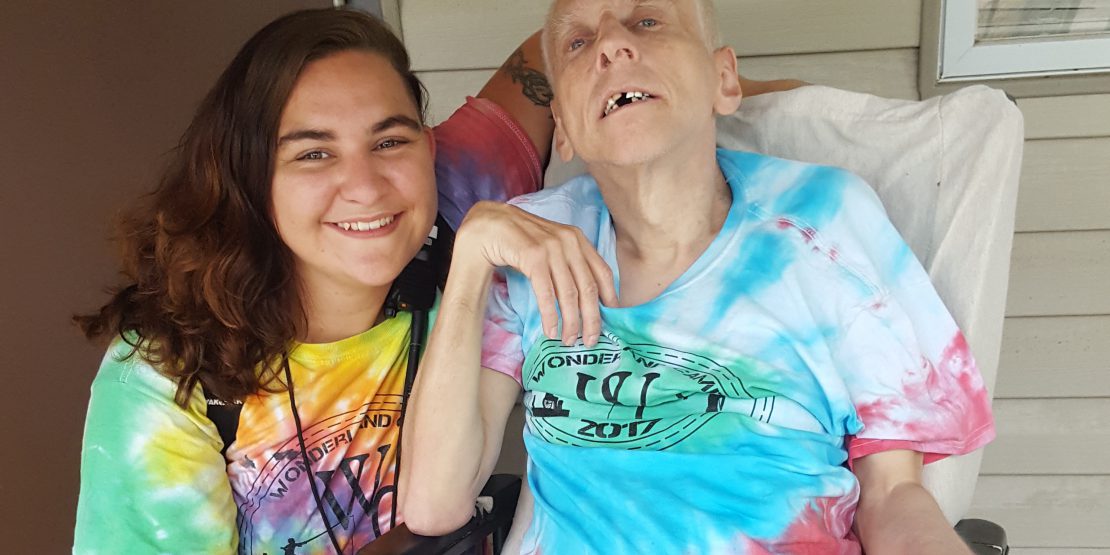 Andy Brendell, a senior at William Woods University (WWU) and a resident of Fulton, was honored with a prestigious service award from the University as part of its year-end Co-Curricular Awards. At the end of each academic year, WWU recognizes a select group of graduating seniors who have achieved excellence in academic, co-curricular and service projects during their time at the University.

Brendell, who graduated this spring with a degree double majoring in Social Work and American Sign Language (ASL) Studies, received the Service Learning Award from the University.

The Service Learning Award is presented annually to a senior who graduates with a grade point average of at least 3.4 and who, in the estimation of the faculty of the University, has best exemplified an exceptional commitment to service learning.

Graduating with a cumulative GPA of 3.5, Brendell has provided service to the University and community through working in the Office of Student Life, numerous volunteer and leadership roles, service learning activities and field practicum.

Four years ago, Brendell rejuvenated the Queers & Allies Club at WWU by taking on the role of club president, working closely with the Office of Diversity and Inclusion to coordinate educational opportunities for campus; researched, developed, and hosted countless LEAD events for student and faculty education on numerous topics including: Safe Space Training, Suicide Awareness, Transgender Awareness, LGBTQ+ Jeopardy and the use of proper pronouns; brought numerous speakers to campus; coordinated and facilitated meetings and social events for club members, completed financial requests and recruited students at the Student Activities Fair. After serving as president, Andy networked with the “Richards Family,” which is a 501c3 organization in Fulton for LGBTQ youth, assisting in developing programing and sharing resources.

Andy also completed over 400 hours of supervised internship with the Callaway Coalition Against Rape and Domestic Violence (CARDV); more than 40 hours of training from the Missouri Coalition Against Sexual and Domestic Violence, and several certificates in advocacy. Over the past four years, Andy has also participated in service-learning activities with the Reality Store poverty simulation at Mexico Middle School, volunteered monthly with the Callaway County Buddy Pack Program, participated in the Life Story Project with a veteran at the Mexico Veterans Nursing Home, attended the Callaway County Community Resource Network monthly meetings, and volunteered with the Stream Team Annual Community Cleanup. Active in the ASL program, Brendell also worked for three years at Wonderland Camp with campers with disabilities, serving as camp counselor, on the camp support team, residential life coordinator and director of camper and counselor care, recruiting several WWU students to work there as well. Over the past two academic years, Andy also worked at Finck Supportive Living Services providing support and assisting consumers with developmental and intellectual disabilities live independently.