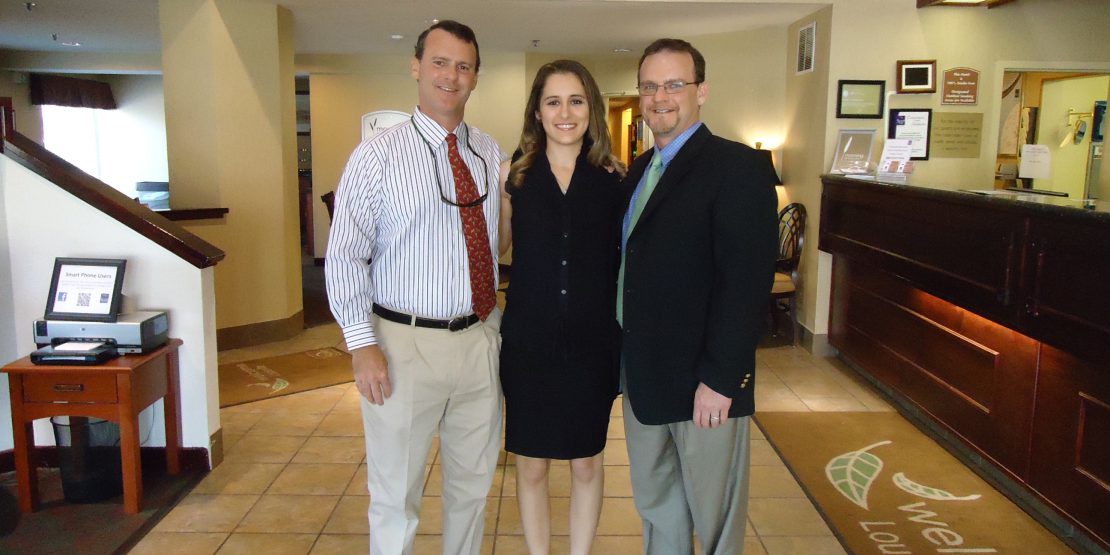 William Woods was amazing not only because of the time I was there, but because of the support of faculty and classmates after I graduated. I always knew what I wanted to do, and I thought William Woods was the best place for my education. I double-majored in Communications and Equestrian Science. I always wanted to work for an equestrian publication, specifically Saddle & Bridle, which is where I work now. I had some issues scheduling my double-major classes since I was taking 18 credit hours, but I had great professors and they always worked with me to substitute classes or work with me on my schedule to make sure I could graduate in four years.

After William Woods, I went to the University of Florida and received a Master of Arts in mass communication, specializing in print journalism. When I graduated from there, Gayle Lampe talked to the publishers of Saddle & Bridle and let them know I was graduating, since she knew I had always wanted to work for them. They contacted me and I ended up getting hired and moving back to Missouri. The connections I made at William Woods got me the full-time job I have today.

Memories from The Woods

I have a lot of favorite memories from my time at WWU. I was a Chi Omega and have a lot of special memories of Greek Life. I had a lot of favorite horses throughout my time at WWU, including a favorite each year. After my sophomore year, for example, I took a horse home for the summer; his name was Longview’s Echo. Then my senior year I projected and showed Callaway’s Abigail Adams at the American Royal. That was the first time I got a chance to show on a national level.

There was just a lot of time spent hanging out at the barns with people who are still great friends today. Dr. Aimee Sapp was my favorite communications professor and I took as many classes of hers as I could. Her classes were hard, but it was worth it to put in the work. I also enjoyed my time working as as “student writer” for Mary Ann Beahon in the University Relations department.

I learned so many things during my four years at William Woods, from how to treat an equine eye injury, to so many of Ms. Lampe’s maxims on preparedness and attention to detail. My personal favorite was her stance on carrying a riding crop: “It’s better to have it and not need it than need it and not have it.” I would say that the biggest overarching lesson I learned was how to conduct myself in a professional setting. The Saddle Seat barn at William Woods is really a microcosm of the show world at large, and as I was writing a monthly column for Saddle & Bridle about the equestrian activities at the University, I gained a lot of early practice at being a journalist in the show horse industry. I learned to guard my words, avoid gossip and earn the trust of all different kinds of people, many of whom are still great contacts – and some of my closest friends – today.

Saddle and Bridle used to have a kid’s column called “Junior Jumble.” They had junior exhibitors from around the country who would write a column about the shows in their area. I applied to write for the column when I was nine, and got the job. I did not tell them how old I was when I was applying, and most of the other columnists where 16 or 17, so I think they just assumed I was of the same age.

I wrote for that column until I went off to college. Then when I went to William Woods, they had me write a column about the equestrian activities that were going on at WWU. The only two years I did not write for them was when I was in graduate school.

When I later rejoined Saddle & Bridle after college, my title was Editor-at-Large, which was kind of a catch-all position. I would do everything from writing stories, to covering horse shows, to sending ad proofs to advertisers. I helped run social media and the website as well, so it was a little bit of everything. The job I always wanted down the line was managing editor. When I first came on board Mary Bernhardt was the managing editor and was great, but eventually she retired. I was then promoted to that position, and I am very fortunate to have my dream position and my dream job. I do think I owe a lot of that to William Woods.

Work for the American Saddlebred

One of the things I am most proud of is that Saddle & Bridle has always been on the forefront of promoting the American Saddlebred as a breed. We have a series of finals we host for the breed, which are very prestigious in the industry. When I arrived in 2015 we started an additional final called the Working Hunter Classic Final. This is a hunters over fences class, and before that, the final was really only for hunters on the flat. I am pretty proud of playing a part in that and showing the versatility of Saddlebreds.

I also started a program to try and get more spectators at horse shows. It rewards people for bringing non-competitors to horse shows. Anyone who participates gets a chance to win a free advertisement in Saddle & Bridle.

Since I came on board I also started a new column called “Saddlebred Speak” to inform people on how to answer common questions they may get about the breed from those who do not know about it. And, of course, my favorite project to date has been the creation of Diagonals Magazine, also published by Saddle & Bridle, which caters to those new to the show horse industry. I believe it is a great tool for promoting the breed as well.

My advice to current equestrian students really applies to students in any line of study. And that is to work hard in your classes, and remember that you are privileged to be there and have a lot to learn from some amazing professors. It is also important to realize that college is about a lot more than getting straight A’s. If you have a goal for your future, do things that get you closer to that, even while you’re still in school. In grade school and even high school, students are made to believe that classes and school work are the only things that matter, but college is more like real life, and real life is about prioritizing what is most important to you at any given time. While I certainly do not advocate skipping classes or blowing off assignments, it is your right to focus on the things most important to the future you are trying to build for yourself. Many of those things will coincide with school and classes, but be aware that some of them may not, and they may be even more important than the ones that do. Don’t miss these opportunities just because they won’t boost your GPA.