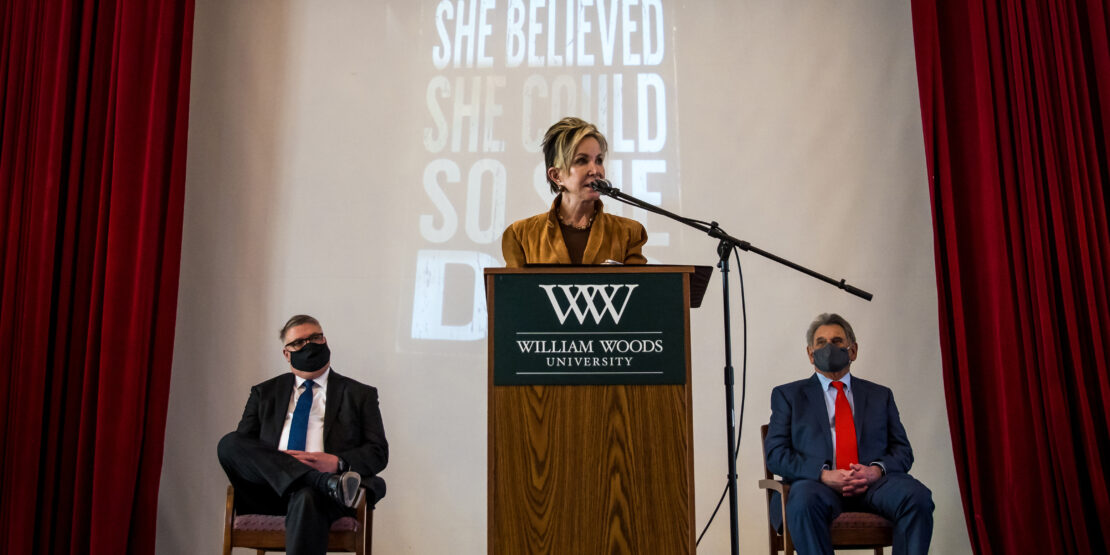 Longest-serving and first female president in University history will officially step away during her 31st year as president, on Dec. 31, 2021

Dr. Jahnae H. Barnett, a transformational individual who has shaped William Woods University (WWU) profoundly in her over 30 years leading the university, today officially announced her intention to conclude her tenure as president at the end of the current calendar year. Dr. Barnett, president of WWU since 1990 and a fixture at the institution since arriving in 1973, made the announcement today in a message to the campus community.

“Being a university president brings with it many challenging decisions. Today, I announce the toughest decision I have ever made at this institution,” said President Barnett. “After 30 years as president of William Woods, I have decided it is time to pass the gavel.”

The university will be announcing a presidential search committee, the first at WWU in more than three decades, in the coming days. President Barnett’s tenure at the helm is scheduled to conclude on December 31, 2021, allowing the university a period of transition to the next president.

Since her appointment as president on April 21, 1990, President Barnett’s leadership over the past quarter century has revolutionized WWU from a regional, liberal arts women’s college to a coeducational university offering paths from associate to bachelor’s, master’s and doctoral degrees.

“I was truly grateful to have Dr. Barnett as a professor, and see her grow the WWU community from so many perspectives,” said Romaine Sequin, chair of the William Woods University Board of Trustees. “Her impact on William Woods is unparalleled, and she will be dearly missed by all.”

Over the past 30 plus years, President Barnett has guided the university through a generation of extraordinary change, including the following:

Due to President Barnett’s vision, William Woods University is thriving in the competitive world of private, liberal arts colleges.

“Our university is in a good place to transition to a new president, thanks to the commitment of countless quality individuals I have had the pleasure of working with over these many years,” said President Barnett. “We have achieved many great things together, and I cannot adequately express the appreciation, honor and privilege I feel from being a part of the William Woods community for 48 years.”

Also the first president to be promoted from within in WWU history, Dr. Barnett served as Vice President of Admissions, Retention and Development at the university from 1983-1990. Her relationship with William Woods began in 1973, when she joined the university as Chair of the Department of Business and Economics.

William Woods University19 hours ago
Today, William Woods is officially releasing its blueprint for the University’s future, a plan that focuses on its academic culture, enrollment, investment in facilities/technology, and partnerships.