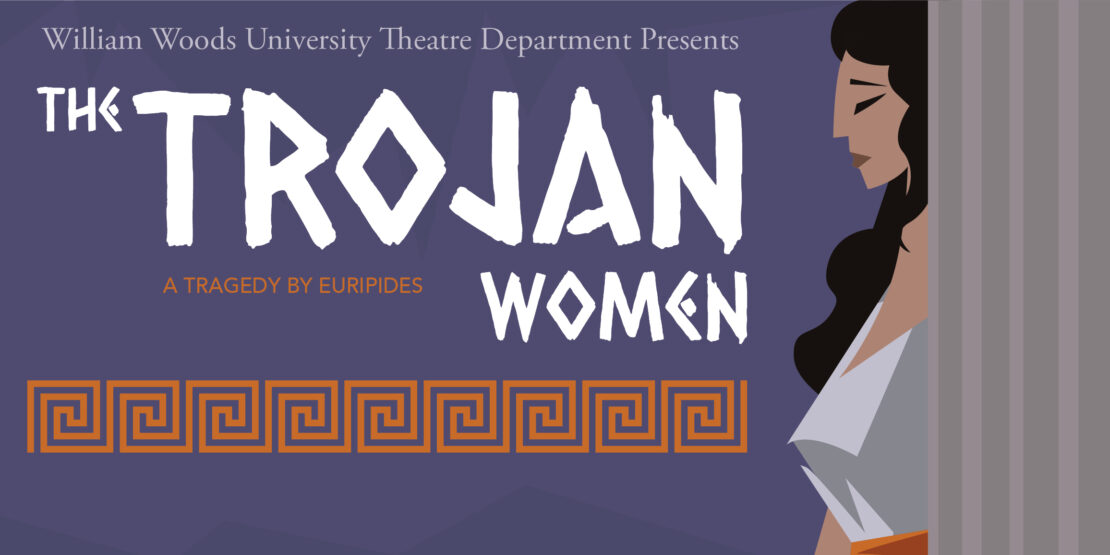 The 2021-2022 Mainstage Season Series at William Woods University (WWU) will wrap up another season this week with the fourth and final production of the academic year, the wartime drama “The Trojan Women.” This week’s stage play, which is widely regarded as the greatest anti-war play ever written, will begin with the opening performance on Thursday, April 21, at Dulany Auditorium on the WWU campus.

After a full academic year in 2020-2021 of stage productions with limited audiences due to health guidelines associated with COVID-19, attendance to this year’s stage plays has been once again open to all members of the general public as well as the WWU campus community.

Written by the Greek playwrite Euripides, “The Trojan Women” takes place during the Peloponnesian War. After ten long years of warfare, the great city of Troy has fallen, and only the mothers, wives and daughters of the slaughtered warriors survive. Seemingly, nothing else can befall them, but when continuous additional blows leave them ruined, the women find unimagined resources in themselves and each other. The Trojan Women is an ancient tale of courage, resilience and hope in the face of utter devastation. It is widely considered as the greatest anti-war play ever written, and remains both timeless and timely as a poignant meditation on the aftermath of war.

Performances for The Trojan Women, for which parental guidance is recommended, will take place April 21 – 23 at 7:30 p.m., with a matinee showing on Saturday, April 23 at 2 p.m., all in Dulany Auditorium. Tickets for the production ($8) must be purchased using a credit or debit card at https://www.showtix4u.com. Attendees must have their purchased ticket pulled up on their phone for admittance into the theatre. All seating is now in a general admission format.