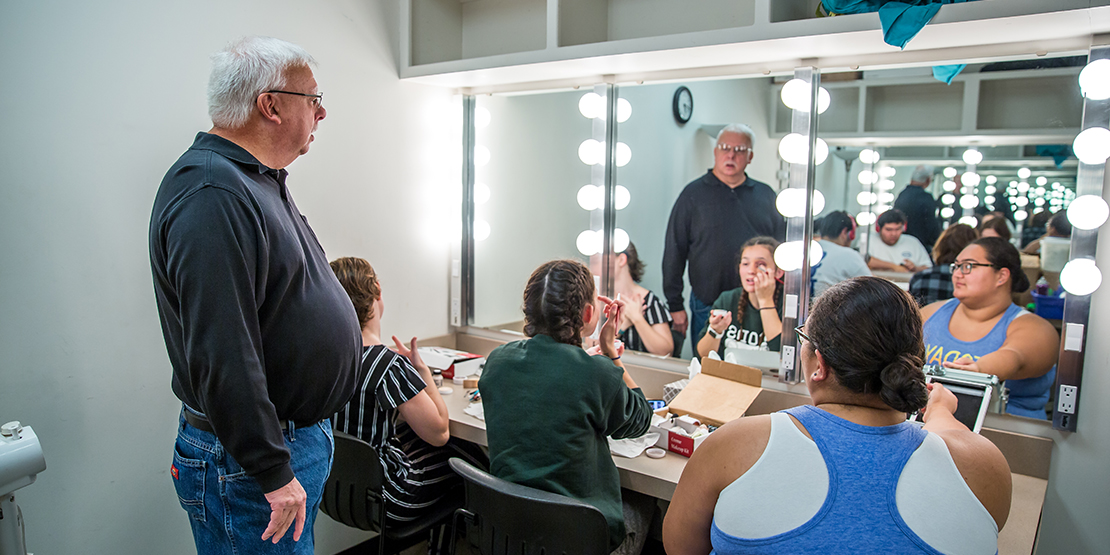 Fulton, MO – The Mainstage Season Series is back at William Woods University (WWU), which once again will feature four highly entertaining productions during the academic year staged by WWU’s Theatre Department.

“Men On Boats,” written by Jaclyn Backhaus, is based on the true story of John Wesley Powell, a one-armed Civil War veteran whose 1869 expedition to survey the Grand Canyon was perhaps the last great exploration into the uncharted western U.S. In four wooden boats, Powell and his crew of insane yet loyal veteran soldiers, trappers and adventurers braved whitewater and waterfalls along the Colorado River, never knowing if they would actually survive. The story is harrowing enough, but with one curve – all of the “men” in the production are portrayed by female actresses.

According to a New York Magazine review of the play, “the stalwartness and selfishness of the adventurers – their cockiness and cluelessness – become biting satire when sent up by women.”

“What better way to kick off the 19/20 Mainstage season then with Men On Boats, which provides our audiences entertainment and artistic achievement, but also provides us with insight into the present and future by understanding the past,” said Joe Potter, Artistic Director of the William Woods University Theatre Department. “Through humor, satire and drama we are able to get a better grasp on what lies ahead, such as what’s around the river bend of time and progress.”

“This same theme of understanding resonates through all four Mainstage productions for the coming year,” Potter continued. “We hope you will be entertained by the season but we also hope that it will afford you better insight into who you are and where you are going.”

Performances for Men On Boats will take place on October 3-5 at 7:30 p.m., with a matinee showing on Saturday, October 5 at 2 p.m., all in Dulany Auditorium. Parental guidance is recommended.