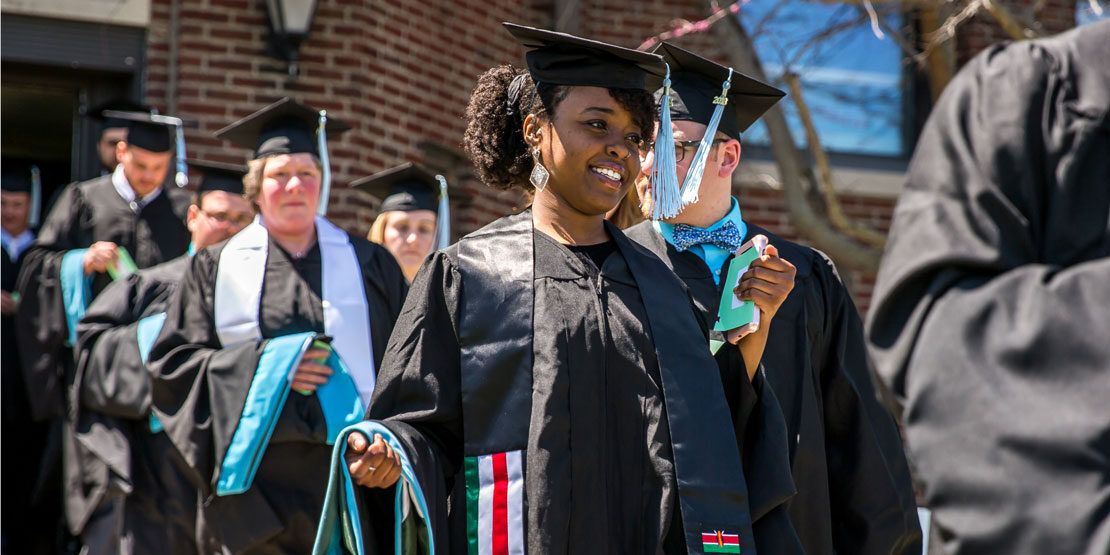 For the first time in three years, William Woods University (WWU) will return to a traditional commencement ceremony this year when graduation is held on Saturday, April 30.

After two years of disruptions due to COVID-19, WWU Commencement will once again feature two ceremonies in 2022 – one undergraduate and one graduate – with no restrictions on who can attend, seating, or mask mandates. Both the undergraduate ceremony, set for 10 a.m., and the graduate ceremony, at 2 p.m., will take place at McNutt Auditorium. It is anticipated that approximately 300 graduates, including their families and friends, will attend the events.

The university’s historic spring Ivy Ceremony, a commencement tradition at WWU for decades, will begin festivities on campus on Friday, April 29.

Delivering the commencement address at both ceremonies will be William Woods President Dr. Jeremy Moreland. It will be the first graduation day at William Woods for President Moreland, who began his tenure at The Woods on September 21, 2021, and was officially inaugurated as the 13th President in University history on April 7 of this year.

“The culmination of another event-filled academic year, with our undergraduate and graduate school commencements and the Ivy Ceremony, are traditions that are cherished at William Woods that we are excited to have returned to normal this year,” said President Moreland. “It will be my honor to send our distinguished graduates off into the world and into the ranks of our WWU alumni, in a celebration that will once again include their closest family members and friends.”

Both ceremonies on April 30 will be live-streamed to the public. To access the live stream, please go to the William Woods YouTube page at:

William Woods University16 hours ago
Hey Owls, did you know October is Breast Cancer Awareness Month? In support of the ongoing struggle, WWU is inviting everyone in the campus community to wear pink on Monday, October 3, and enjoy some delicious Honey Ice Cream from Giofre Apiaries, free of charge, at lunch and dinner at Tucker Dining Hall!