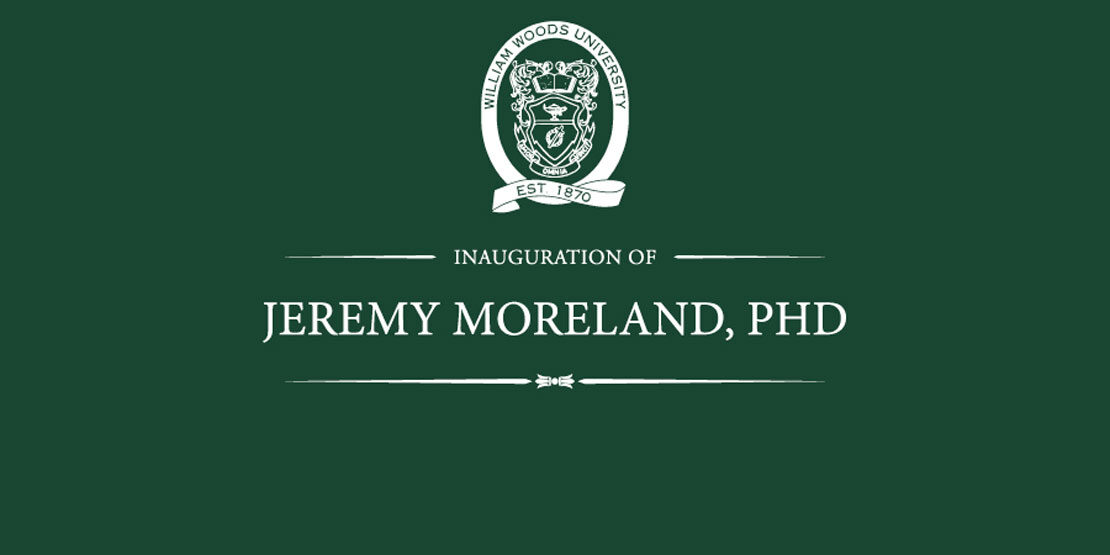 For the first time in 32 years and just the 13th time in school history, William Woods University (WWU) will be holding an inauguration ceremony for a new president next month with the official installation of Dr. Jeremy Moreland. The official inauguration ceremony of President Moreland, part of a weeklong celebration on campus that will culminate in the University’s traditional Alumni Weekend, will take place at 4 p.m. on Thursday, April 7, 2022, at WWU’s Cutlip Auditorium.

“I am humbled and honored at the prospect of being inaugurated as the 13th president in the storied history of William Woods University,” said President Moreland, who was officially appointed WWU president on September 21, 2021. “We are looking forward to joining our entire campus community, state and local leaders, alumni and supporters, and members of the Fulton and Callaway County communities for a celebration of our great University and its exciting future.”

The ceremony will feature the official installation by the William Woods University Board of Trustees, an inaugural address by President Moreland, and remarks from Missouri State Senator Jeanie Riddle, Fulton Mayor Lowe Cannell, and a number of President Moreland’s professional colleagues. Music will be provided by the Missouri Military Academy Band.

The inauguration ceremony will be the centerpiece of a week of events at William Woods. An all-campus celebration will take place immediately following the ceremony on April 7, from 5:30-8:30 at the Sam B. Cook Amphitheatre. Alumni Weekend will kick off on Friday, April 8, featuring a WWU 150th Birthday Celebration at Tucker Dining Hall, and a “Unveil The Trail” ribbon-cutting event for the first phase of the construction of the new Junior Lake walking trail on campus. Alumni Weekend will also be honoring anniversary classes which missed their on-campus celebrations in 2020 and 2021 due to the pandemic.

A complete schedule of Alumni Weekend events can be found here:

President Moreland joined William Woods from St. Thomas University, a private, regionally-accredited university of 5,500 students in Miami, Florida, where he was serving as provost and chief academic officer. Dr. Moreland’s past positions also included serving as provost and chief academic officer at the University of the Rockies (Denver, Colorado) and academic dean and executive director, associate dean and doctoral research faculty of the School of Advanced Studies at the University of Phoenix (Arizona).

A native of Oklahoma who was raised in Texas, Dr. Moreland earned doctorate (1998) and master’s (1996) degrees in General Experimental Psychology from Texas Christian University. He is a 1993 graduate of Stephen F. Austin University in Nacogdoches, Texas, where he received his bachelor’s degree in Psychology with a minor in Hearing Impaired Studies/Sign Language.

He is married to Diane Moreland, who serves as Research Analyst with the Southwest Interdisciplinary Research Center, which is part of the School of Social Work at Arizona State University. Dr. and Mrs. Moreland have two daughters, Maddy and Olivia. “The inauguration of a new president is a significant event in the history of a university,” said Dr. Moreland. “I am awed and inspired by the faith placed in me to lead William Woods, and will continue to approach every day as an opportunity to seek excellence in everything we do while reaching our full potential as a University.”