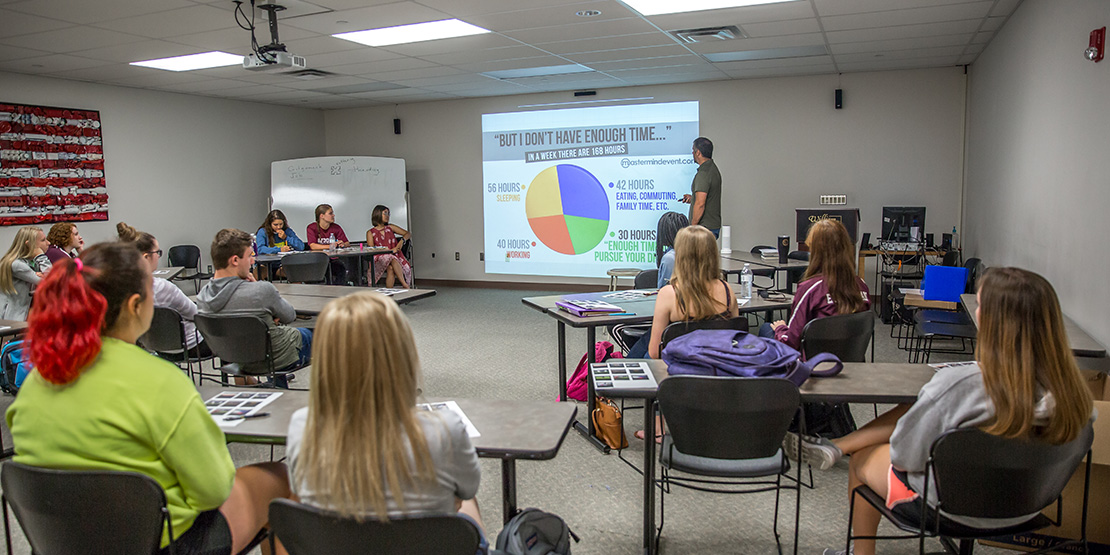 Fulton, MO– Beginning with the fall 2019 semester, William Woods University (WWU), will offer up to 18 free, transferrable credit hours to incoming high school graduates who have attained proficiency in English and at least one other language, as part of the State of Missouri’s Seal of Biliteracy program. The Seal of Biliteracy, administered by the Missouri Department of Secondary Education (DESE), is designed to promote the active participation in a global society and economy by incentivizing, recognizing and celebrating the acquisition of biliteracy skills.

At WWU, American Sign Language and Spanish are included in the university’s course offerings. Once a student who has earned DESE’s Seal of Biliteracy commits to language study at William Woods, they will be eligible to receive up to 18 credit hours of language coursework transcripted toward their college degree, at no charge to the student. These credit hours can save students considerable time and money while providing them with the opportunity to advance their college language study rapidly.

“Our mission at William Woods is to provide an education that fully prepares students for a life in an economy and society that is increasingly global,” said Dr. Aimee Sapp, Vice-President of Academic Affairs at William Woods. “Students who are proficient in a second language have an increased ability to communicate with clients, colleagues and associates who speak a language other than English, making them more in-demand and more easily identified as bilingual by today’s employers.”

The Missouri Seal of Biliteracy is awarded by a local school district that currently participates in the program to recognize students who have attained proficiency in both English and one or more other languages before their high school graduation. The recognition of attaining biliteracy becomes part of the student’s high school transcript and serves to certify that attainment to the community, employers and prospective universities like William Woods.

“Innovative, professions-oriented and cost-effective are hallmarks of the William Woods mission,” said Dr. Jahnae Barnett, president of William Woods. “Our adoption of the Missouri Seal of Biliteracy at The Woodsis a demonstration of all three of those things.”

For more information on the Missouri Seal of Biliteracy, please visit DESE’s website at https://dese.mo.gov/college-career-readiness/curriculum/english-language-development/missouri-seal-biliteracyor call the WWU Admissions Office at (800)995-3159.