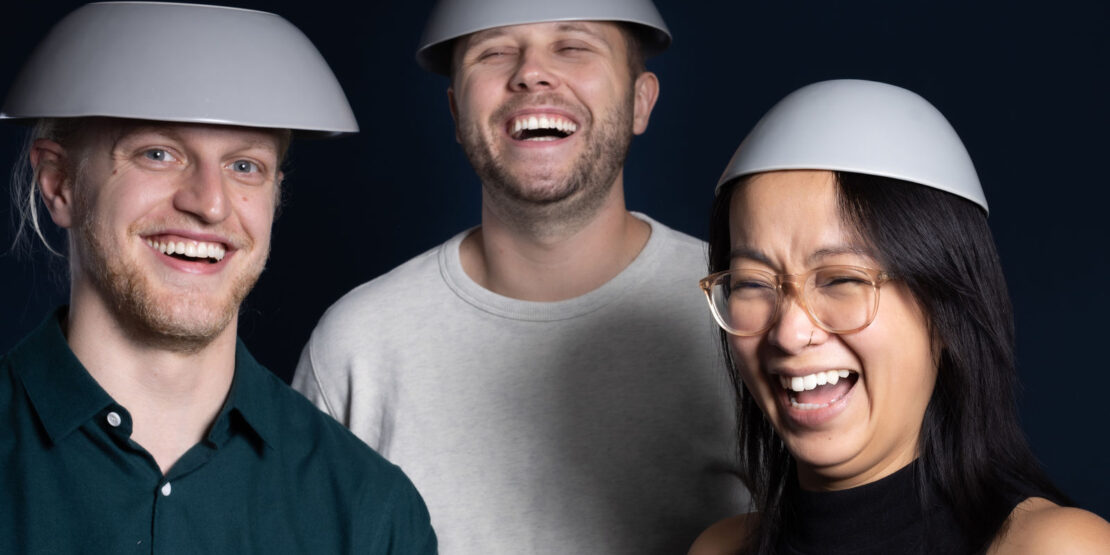 A fable, as Webster’s Dictionary defines it, is a “short fictional story that conveys a moral.”

Fable is also the name of the direct-to-consumer dinnerware start-up business that was co-founded by Joe Parenteau ’13, in 2019. But there is nothing fictional about Fable’s impressive success since its founding by the former William Woods student-athlete, which includes substantial growth in both revenue and employees added in just the past three years.

And if there is a moral to Parenteau’s story, it is that sometimes a vexing problem can prompt one to solve it, which can, in turn, lead to a marketable, profitable business venture. That is pretty much what caused Parenteau, a native of Canada, to bring his new idea related to dinnerware to, well, the table.

“Fable started out as a personal problem,” Parenteau said. “I was looking to upgrade my home décor into something of higher quality, but the traditional retail stores left me feeling frustrated and overwhelmed. Personally, I felt that premium home shopping should not feel this way. So we created a brand to make it easy to upgrade your home, focusing on sustainability, ethical craftsmanship, and transparency.”

It has been just nine short years since Parenteau graduated from WWU with a Bachelor’s of Science while double-majoring in Economics and Finance, and already, he is demonstrating what outstanding start-up business achievement can look like. You could say that when Parenteau left the “Great White North” to attend The Woods, he officially began setting the table, if you will, for that future professional success.

Would-be entrepreneur at The Woods

As a native of Regina, Saskatchewan, Parenteau probably never envisioned spending his college years several hundred miles to the south in Fulton, Missouri. But an opportunity to play intercollegiate golf opened a new door for him.

“After I met the golf coach at William Woods, I was sold on joining the team,” he remembered. “During the recruitment process, I was also able to meet some members of the team, and also became really excited about the Greek Life scene at WWU.”

So with that, Parenteau came to The Woods, where instead of a touch of international culture shock, he found a real home as an Owl.

“Greek Life, as I had anticipated, was certainly a highlight of my time at William Woods,” Parenteau said. “From formals to philanthropies to bid days, it was all a blast! I made lifelong friends and made incredible memories during my time as a Pike (Pi Kappa Alpha).

In addition to the academics and faculty he encountered at WWU, Parenteau was able to take away valuable leadership and social skills from his William Woods experience.

“I graduated from WWU a better, more complete person, and I owe a lot of that to my Greek Life experience when I was there.”

He departed William Woods after his graduation in 2013, and found work immediately at an accounting firm. A year later, he was back to Canada and Vancouver, where he began what would be his life’s work – new business start-ups and tech space. It was just a matter of time before this bright young man would take everything he had learned and experienced and put it to good use for the average consumer.

A passion for creation

From his earliest memories, Parenteau loved to create things.

“I always loved to build things from scratch,” he said. “Dating back to building with Legos, then later cooking at home, or whatever it may be, I love to create. And I knew that building a company would allow me to do that every day.”

Which is what I made sense that the frustrating experience purchasing dinnerware led to He and a partner founding Fable in 2019. The company is a direct-to-consumer dinnerware brand that focuses on quality craftsmanship (products are designed by Parenteau and his team in Vancouver and then hand-finished by a team of talented artisans in Portugal) and ethical business practices. The company motto is that life’s greatest moments are shared around the dinner table, so it aims to create high-quality products that make setting a beautiful dinner table easy.

“We avoid traditional retail markups while offering uniquely crafted dinnerware pieces,” he said. “Our goal has been to make outfitting your home a seamless process while providing our customers with options outside of traditional tableware retailers.”

By all accounts, both Fable and Parenteau are wildly succeeding at meeting their goals. Since the company was founded in 2019, it has grown from two to 40 employees while sales revenues have skyrocketed – up eight times the company’s intake for all of 2021 thus far in 2022.

Looking ahead, Parenteau’s dream is to keep creating new things, meeting daily challenges in his business and continuing to build systems to solve them going forward. He enjoys bringing joy into everyone’s home and making new products that make outfitting your home easy. Perhaps, his company will achieve the status of household name one day. And when that day comes, he won’t soon forget where he came from.

“Take a leap of faith to do new things outside of your comfort zone,” said the man who left Canada for William Woods over a decade ago. “The amount of growth you will see in three of four years at William Woods is extraordinary.”

Much like what Joe Parenteau has already accomplished at such a young age.

William Woods University15 hours ago
Hey Owls, did you know October is Breast Cancer Awareness Month? In support of the ongoing struggle, WWU is inviting everyone in the campus community to wear pink on Monday, October 3, and enjoy some delicious Honey Ice Cream from Giofre Apiaries, free of charge, at lunch and dinner at Tucker Dining Hall!