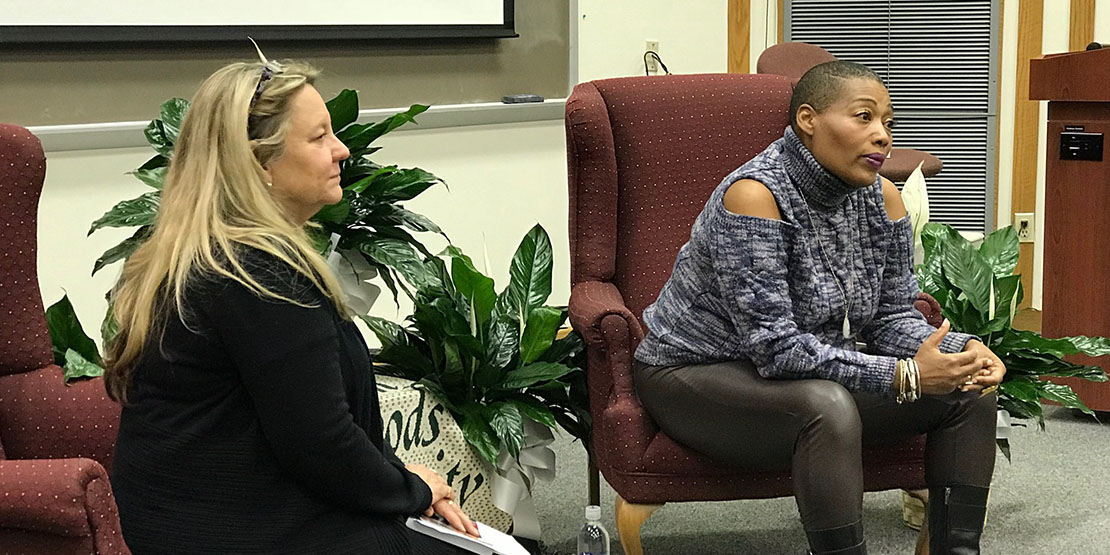 Fulton, MO – William Woods University (WWU) will host its fourth annual symposium next week with programming that explores issues of diversity and equality. Moving from the spring to the fall semester for the first time, “Bridging Differences: Conversations on Gender, Race and Equality” will be held from Monday, October 21 through Thursday, October 24, featuring lectures, discussions, a film screening and art exhibit.

“We established the symposium in 2016 as college campuses and our nation wrestled with issues of race relations, sexual misconduct, equality and free speech, and it is clear that three years later that the need for such dialogue is as important as ever,” said Dr. Jahnae H. Barnett, president of William Woods University. “William Woods will always be committed to fostering a diverse, inclusive and respectful campus environment, and the discussions we are about to once again engage in reflect that.”

The symposium was made possible through a generous donation by former William Woods associate professor of Spanish Dr. Mary Mosley, who stated “my hope is that William Woods can become known as a leader in addressing these important social issues, and a university that is not afraid to confront the country’s most pressing problems.”

The schedule of symposium events, which are all free and open to the public, includes the following:

The story of a formerly enslaved 19th century Springfield woman, Milly Sawyers, who successfully sued to attain her freedom, comes to life through a performance of a troupe of former high students from Willard (Mo.) High School. The original play debuted in March 2019 and has been performed before numerous groups including the Missouri Bar Young Lawyers and Springfield Metropolitan Bar.

Author Margot McMillen will discuss her book The Golden Lane, which is the story of how Missouri women protested at the 1916 Democratic National Convention in St. Louis and changed the minds of delegates. The protests helped secure passage of the 19th amendment, securing voting rights for women. Book signing to follow.

The work of 20 artists explore their understanding of how the issues of gender and race, and their intersectionality, influence contemporary culture. Join us for the opening reception and award ceremony.

View the film from director Kamala Lopez, which tackles large-scale issues impacting the lives of women both historically and today. Topics include how outdated and discriminatory attitudes inform and influence seemingly disparate issues, from workplace harassment to domestic violence, rape and sexual assault to the foster care system, and healthcare conglomerate to judicial system.

Dr. Laura Free, a historian at Hobart and Smith Colleges and author of Suffrage Reconstructed: Gender, Race and Voting Rights in the Civil War Era, delivers a lecture on the ways that racism was adopted as a rhetorical tool in the 1860’s and the implications it had on the 20th Century suffrage and feminism movements. Her address is sponsored in part by the Missouri Humanities Council with support from the National Endowment for the Humanities.

Moderated by WWU Legal Studies professor Cynthia Kramer, this panel will explore the subject of women in Missouri politics from the perspective of women who have served at the highest levels of state government. Participants include: