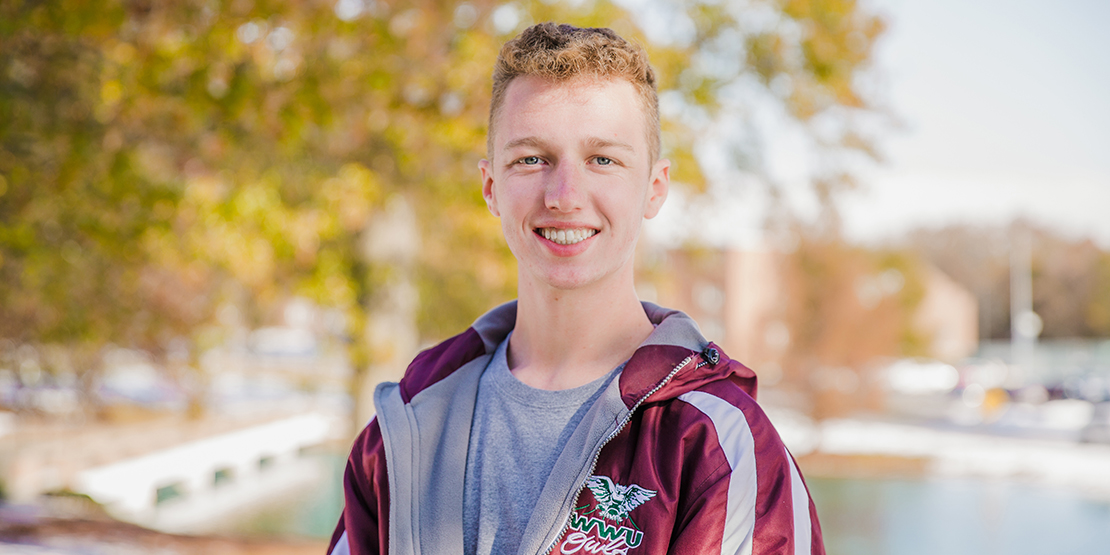 Mid-Missouri native with a sports interest

I was actually born here in Fulton and lived here for a few years and in Jefferson City for a while as well. When I was a kid we had to move to Virginia Beach, Virginia for my dad’s work. But then about seven years ago we moved back to New Bloomfield, Missouri where we have a family farm and built a new house. During this time, around 6th or 7th grade, I just decided to run track one day. It was the only sport I had ever been good at so I decided to keep up with it. Eventually I started getting offers from colleges but I didn’t really like any of them.

Then my mom mentioned she was a graduate of William Woods University and I also found out my grandma was as well. So I decided to visit here and I liked the way it felt and I really connected with the coach.

I’ve always liked running since I started it and just wanted to know more about the body and how it does certain things. I’ve always really liked Physiology, took a course in high school and thought it was interesting how the body works. How the sodium and potassium pumps that make your muscles move and things along those lines were really interesting to me. I picked Exercise Science as my major because I always liked Anatomy and Physiology and how it related to sports. So I’ve taken a lot of really cool courses here like Sports Psychology, and Anatomy and Physiology.

William Woods was an easy decision for me with my major and love of running. I chose to come here because I really connected with the coach and I liked the atmosphere of the school. I had known two runners from high school who had been running here for William Woods and I got to know them and got to like them, too. I set up a visit with the admissions department, got a campus tour, went and talked to the coach and later came back two more times to talk to the coach. Eventually I told him I would sign on my third visit to campus. 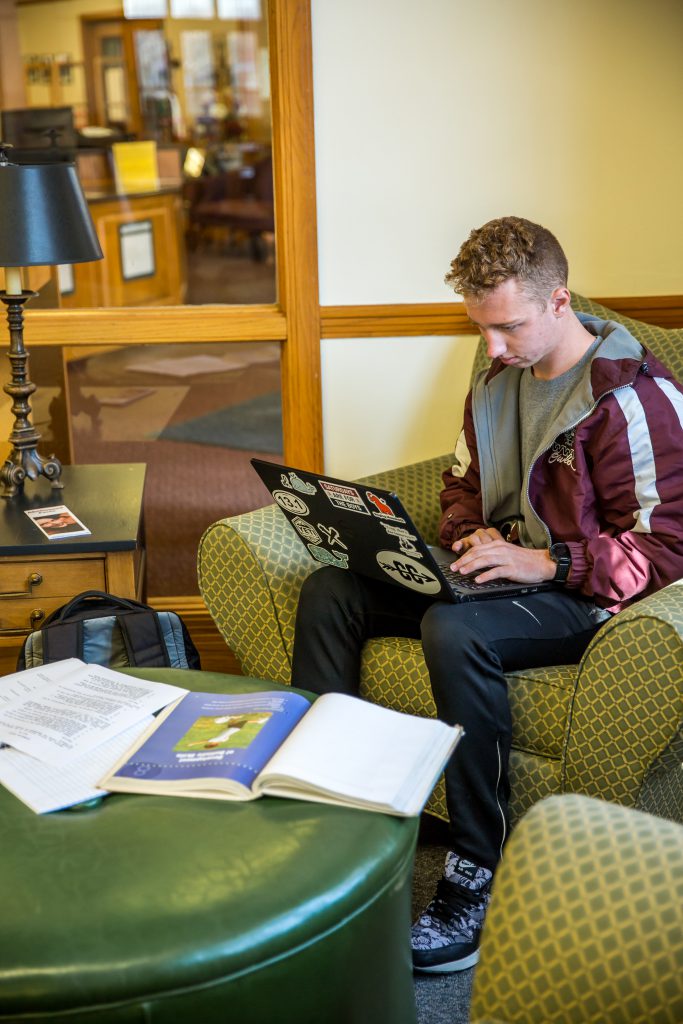 My Mondays I wake up at 5:40 and walk over to the turf outside of Helen Stephens Gymnasium and meet the cross country team there; we go for our morning run which is 45 to 60 minutes or sometimes we’ll have a workout. From there I’ll head over to Tucker and get some breakfast and then I’ll go back to my room and relax for a bit. This is my favorite part of the day some days. There’s a two or three-hour period where I can just lie down and watch Netflix. It’s my favorite time because it’s early in the morning and no one’s making noise in the house. I can drink my coffee and just relax for two hours. After that time of relaxing, I’m ready to go to my first class and then I head back to Tucker for lunch. Then I have a few hours free again, which I usually spend doing homework or studying. My next class is at 2 pm. After my class I go for my afternoon run and then my schedule after that really varies day-to-day whether I have meetings, LEAD events to go to, or time to relax at the house. 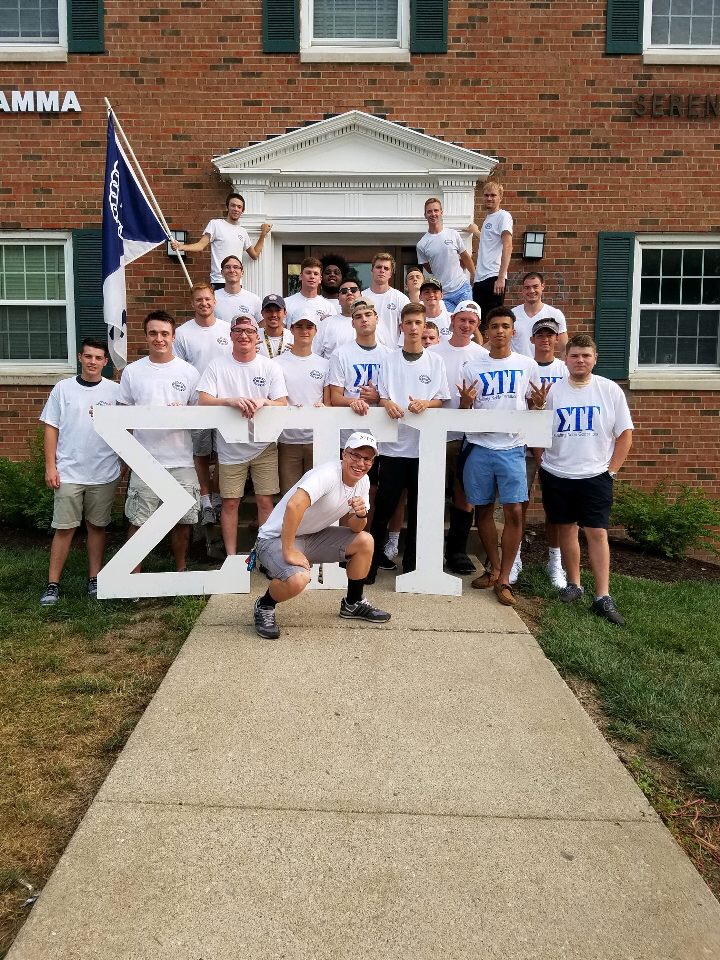 I really enjoy track and cross country a lot. A lot of the guys that are on the team are also in my fraternity so it’s just like hanging out with all my friends. I enjoy the running, the guys on the team and the coaches we have. And then with my fraternity Sigma Tau Gamma, it’s just like all the people I enjoy seeing around campus all in one house. There’s always something going on, some sorts of shenanigans being played, there’s never a dull moment in the house. We have things like house tours on Discovery Days, sorority’s philanthropies, our own philanthropy, just a lot to be a part of. I am also a part of President’s Twenty. President’s Twenty is the student liaison to the president of the university. We’re like the bridge between students and the president. It students have a problem, they can talk to us, or we’ll hear about it on campus, and then we’ll bring it up to Dr. Barnett and work to fix the problem. Or in some cases we explain to students why certain policies have to be in place. We also try to bring certain events to campus like the President’s Twenty Concert and Lecture Series.

My freshmen year I had Travis Tamerius for “The Bible in Modern Culture” which was a class about how a lot of our cultural things come from or relate back to the Bible. So our final project was called the Bible Remix. You had to find something in modern culture that related to a story in the Bible or the whole Bible itself and my final project was over The Lion King and how certain characters represented certain people in the Bible and some little scenes were based on stories from the Bible. I found it really interesting how many things in our culture can relate back to the Bible. Another class I really enjoyed was a Psychology class with Julian Hertzog. He’s just so knowledgeable about Psychology in general and has all these fun little stories about his life.

As far as my Exercise Science courses, I really enjoyed Kinesiology which is the study of the body’s movements and how certain functions happen. Like muscles connecting to certain bones to make movements happen. I really like Physiology in general because it’s like the science of the body. Anatomy is really cool as well because you get to learn all the structures of the body. Our classes involve lectures but there’s always activities to go along with them. So we’ll learn first about how muscles create movement and then in my exercise and movement class we learn about training so we’ll create a workout plan for specific clients we get based on their restrictions or what things they’re good at.

I’ll actually be graduating a semester early and I want to come back and do the Master of Health Administration program. One of the requirements of getting into that program is having 1,000 hours of clinical work. So I plan on getting a job after I graduate early where I can fulfill those hours. And then I’ll come back. When I’m back I’d really like to work in the Advancement Office with alumni outreach to help pay for my masters program. And then with that I’d like to work in a hospital or clinical setting as an administrator. 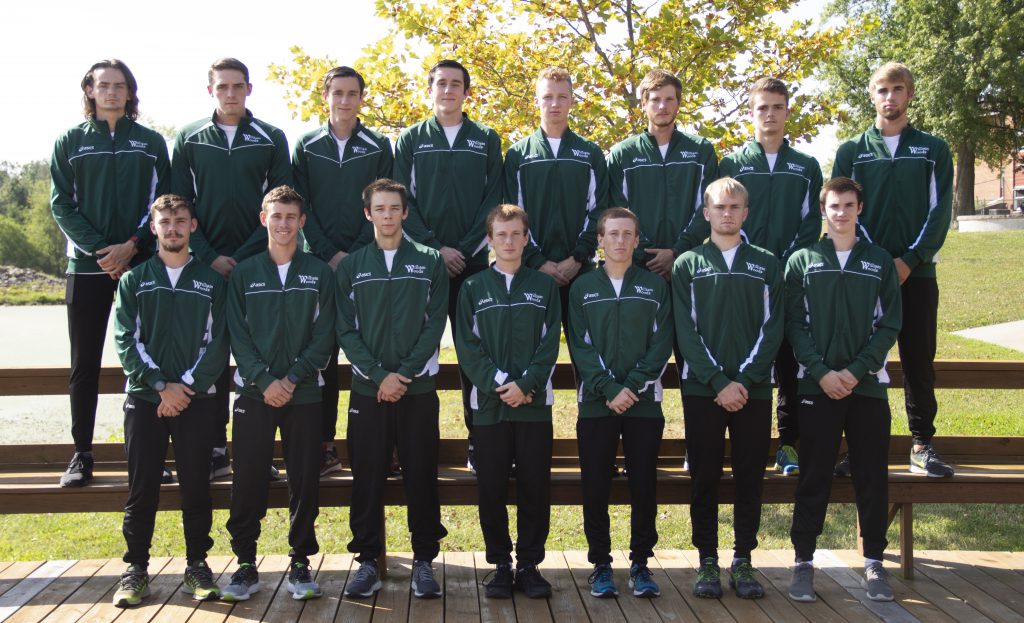 Learning outside the classroom

I’ve learned not to base your college experience on what others are doing and to just do what you want to to do, but also to be open to advice from others. Early on in college I wasn’t super interested in Greek Life, but Dr. Barnett suggested I try it out. A simple nudge in the right direction led me to meeting all these amazing people and it led to me being more involved on campus all around. I ended up being fraternity president and ended up also being a head CA. I did a lot of things on campus just because I wanted to do them and didn’t worry about what anyone else was doing and if I hadn’t gone in with an open mind, I wouldn’t have experienced as much on a college campus. I would say that my whole fraternal experience has taught me a lot about working with people. You need to be able to communicate with the guys in your chapter and be able to have people skills to be able to get things done in a fraternity or on a team. You have to be friendly and personable, but at the same time you have to make sure things get done.

Stay on top of your assignments because professors won’t accept late work.

It’s important to get naps in because you can’t function if you’re always tired.

You should enjoy what you do.

Have a plan to know what you want to do in the future.

If you’re a student-athlete, don’t show up late to Bob Jones; he will make you do bear crawls.

William Woods University15 hours ago
For the third time in just the past two months, the University has received a generous donation, with this one to endow a new academic scholarship.