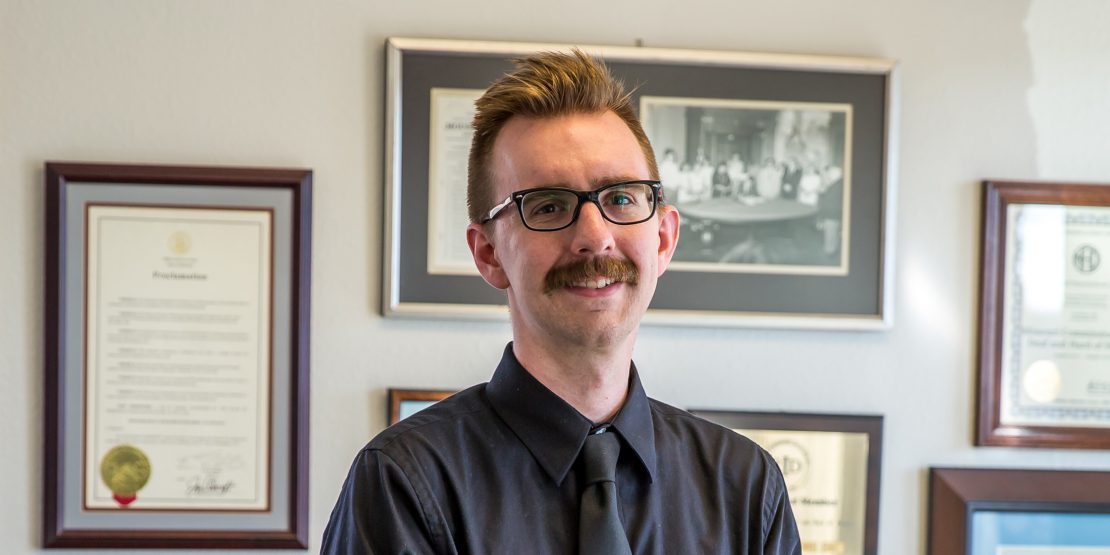 Staff Interpreter, Missouri Commission for the Deaf and Hard of Hearing 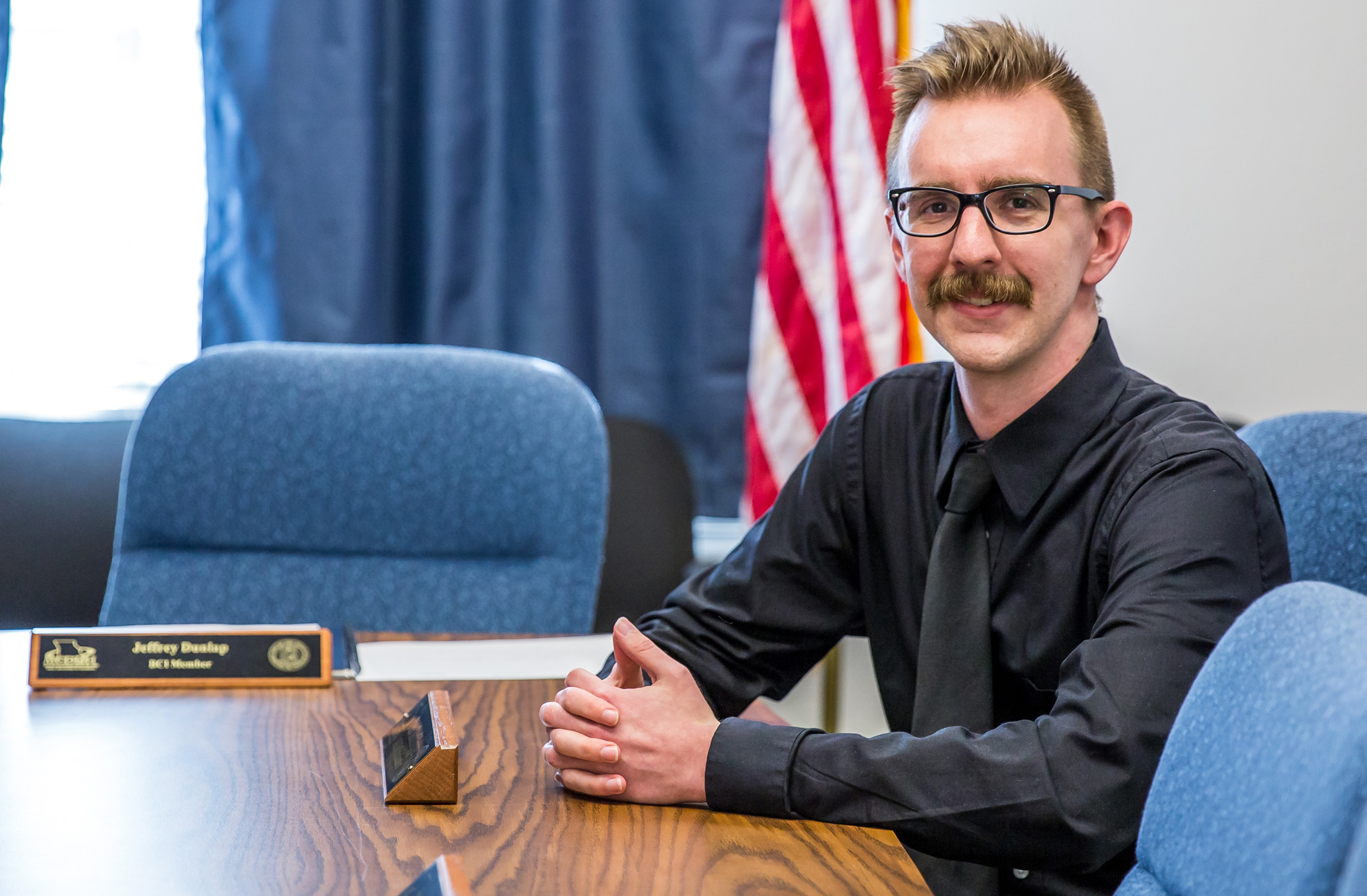 I’m what is known as a CODA, which is an acronym that stands for Child Of Deaf Adults. My parents were signers, and all of their friends were signers. My exposure to the Deaf community is entirely thanks to my parents; they constantly brought me along to Deaf sporting and social events, which is what opened me up to a diversity of signing styles. I didn’t really know that I wanted to be an interpreter until high school in my hometown of Affton, Missouri; I don’t even have a particular “story” that was my reason for pursuing a degree in ASL/English Interpreting. A lot of my career has been circumstantial, and I’ve been very lucky to have those experiences lead me on my career path.

William Woods University was recommended to me by an interpreter at my parent’s church after I had expressed an interest in the profession. After my first tour, I didn’t feel like I’d be lost in the shuffle when it came to classes; the ASL/Interpreting departments definitely didn’t disappoint in that regard. My professors and lab mentors made it feel like they had a vested interest in seeing me succeed, and I cannot emphasize how grateful I am for their time and energy. I chose to attend William Woods because I enjoyed the community.

A variety of “hands-on” experiences

Since graduation from William Woods, I have interpreted freelance in the St. Louis and Columbia/Mid-Missouri areas, been an Instructional Aide for the Columbia Public Schools’ Deaf Education preschool program, and now work as the Staff Interpreter for the Missouri Commission for the Deaf and Hard of Hearing (MCDHH) in Jefferson City.

My responsibilities at MCDHH include approving Continuing Education requests for both Missouri and Registry of Interpreters for the Deaf (RID) certification maintenance programs, approving requests for Intern/Practicum Certification and Provisional Certification in Education, in addition to interpreting wherever I may be needed. Oftentimes that can include board and staff meetings, conferences, Missouri House and Senate hearings, and trips across the state. Trips are typically to the Capitol, but there is the occasional awareness day at a theme park or baseball game. For example, the MCDHH regularly hosts Deaf Awareness days, some of the ones I have taken part in were at Silver Dollar City in Branson, and at a Kansas City Royals game at Kauffman Stadium.

Your options are unlimited with an education in ASL. It can be applied to practically anything. You never know when you’ll encounter a signer, and the ability to communicate with them in their own language is absolutely invaluable. Plus, it looks pretty cool on a resume! 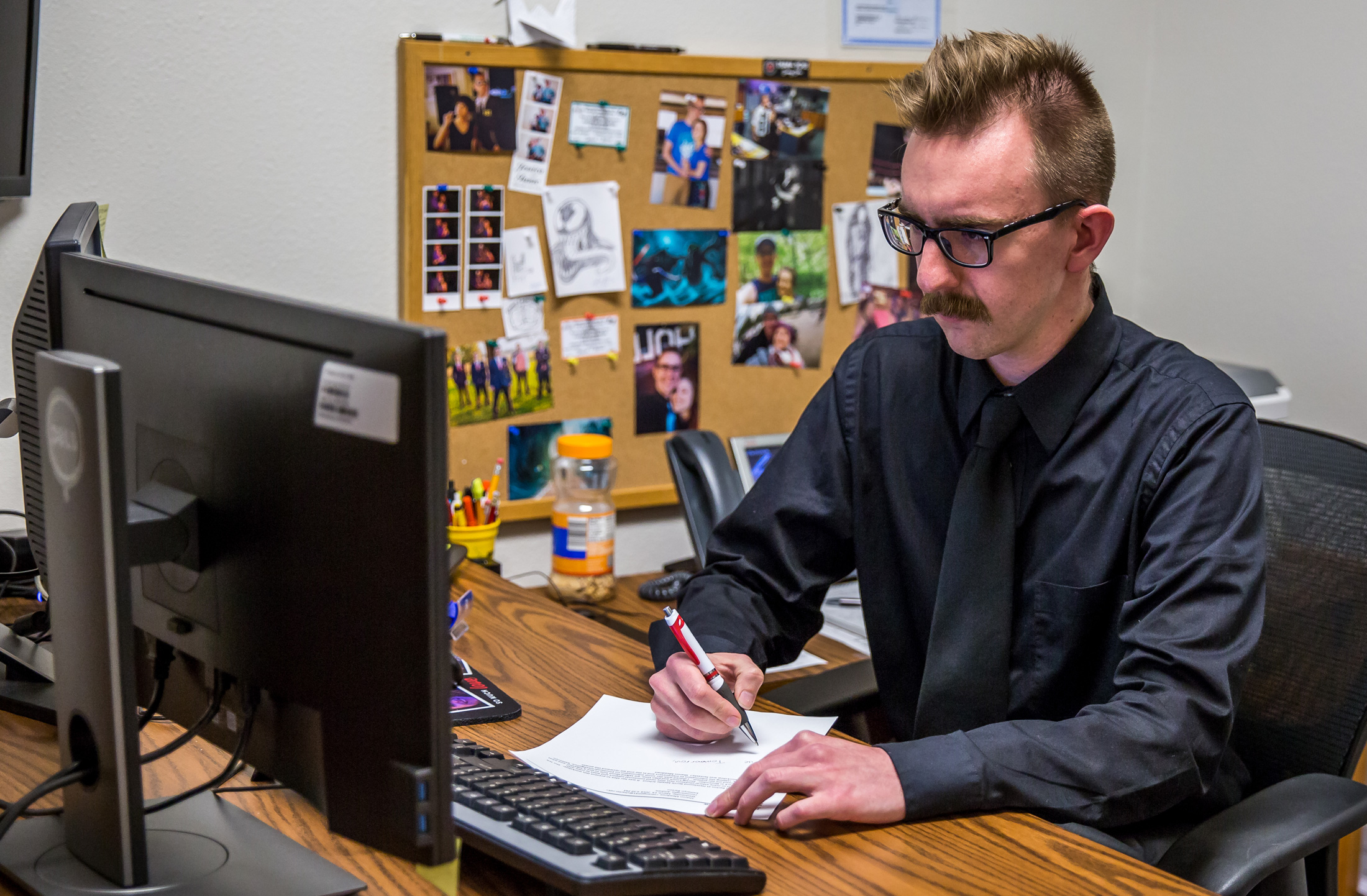 William Woods prepared me for my career by encouraging me to have real-world interpreting experiences. We did interpret in front of a camera, but you also get the experience of interpreting in front of real people once the professors think you’re ready. During my time at William Woods, we interpreted a variety of Woods classes in front of Deaf individuals, our peers, and professors. This provided me with multiple perspectives from which to draw feedback. The program also requires you to complete an internship, which takes you off campus and into real interpreting assignments with a mentor. I was fortunate with my internship to work with some very talented interpreters from whom I’ve learned so much and in settings I wouldn’t have imagined I’d work in. That internship in 2014 was with Shelia Anderson and her company, “Helping Hands Interpreting Services,” as well as DeafLEAD’S Teen Institute camp.

William Woods also helped me to expand beyond the departments. I said ‘yes’ to many opportunities that presented themselves and through those opportunities have become more well-rounded as a person and as a professional, not to mention the network of people I met from them.  These included serving as executive board member and head of the judicial board for Phi Gamma Delta; Alpha Psi Omega; Order of Omega; vice-president and president of the Hands Up Club; ASL Honor Society, Served Up Crispy Improv Team; Men’s Greek Recruitment Advisor; Jester’s club [I played Myron in the production of ‘All New People’]; and stage interpreter for other on-stage productions.

Overall, my time at William Woods was just a well-rounded, positive experience.

The profession as a whole can be challenging. Even when you think that you are prepared for it, you never really know what you’ll be walking into when you accept a job. The biggest reward is when it is like I am not even there; in other words, communication is facilitated to the point that it feels like people aren’t even speaking to each other through an interpreter, but they are just speaking to each other. It is incredibly humbling to be a part of. This is what my job is, and someday I hope I am able to leave something that I can look back upon.

William Woods University19 hours ago
For the third time in just the past two months, the University has received a generous donation, with this one to endow a new academic scholarship.